Rumors about HTC’s M7 began spreading shortly after CES. It is one of the devicec worth expecting, going to be the manufacturer’s newest flagship smartphone and soon to be competing against devices like the upcoming Galaxy S IV from Samsung. 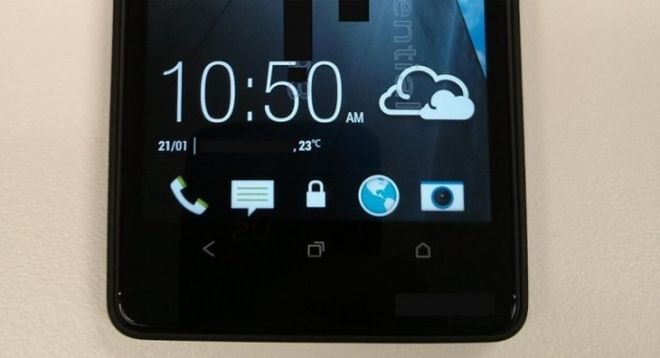 HTC hasn’t said a word about the M7 and we suppose it’s going to be the case at least until they decide to officially announce it. The device was rumored to be first presented durring MWC next month in Barcelona. Now it seems there is another rumor stating that the device will be announced way ahead of MWC in a separate event. An Italian insider sent a tweet regarding HTC’s plans for the smartphone and according to it the device will be announced on February the 19th in London. 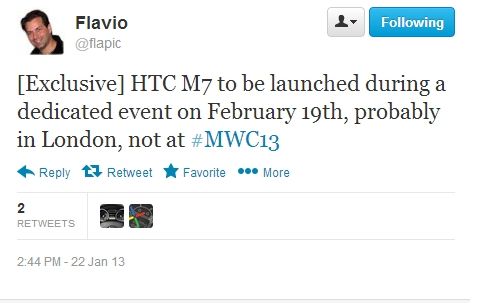 Though it’s not clear how the device might look like, some images surfaced on the internet showing it running SENSE version 5. The smartphone is supposed to join the manufacturer’s line-up of Full HD smartphones and powered by a quad-core 1.7 GHz chip with 2GB of RAM and a 12/13 MP ImageSense rear camera. It is expected that it will run the latest version of Android 4.2 Jelly Bean and offer 32GB of internal memory, and a 2,300 mAh battery.

Another source, this time @evleaks, states that the HTC M7 will be available for AT&T. That is along with Verizon and Sprint, the first network providers rumored to get it after the official announcement. Verizon is also the first to offer the Droid DNA – Full HD quad-core smartphone from HTC.