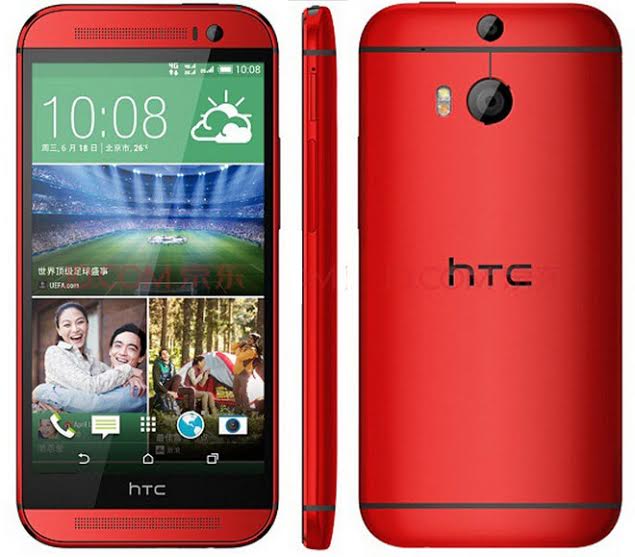 After a couple of months ago, more precisely in May, we had the opportunity to see some pictures with the red variant of the HTC One (M8) through the guys from mobile01.com, and after Verizon officially announced this model called One M8 (Glamour Red), now, this device start showing up in some retail stores from China.

JD.com (Jingdong Mall) offers the red version of the One M8 at $644. Unlike the Glamour Red version released by Verizon, the red M8 sold in China is called Ruby Red. On the hardware, there’s no difference between the original HTC One M8 and these new color variations released on the market.

We get a 5-inch Full HD display, a quad-core Qualcomm Snapdragon 801 clocked at 2.3 GHz, 2 GB of RAM, 16 or 32 GB of storage, a microSD card slot up to 128 GB, a dual 4 MP camera on the back and a 5-megapixel front facing camera. As you may know, HTC One (M8) is already available in other colours too, like: Gunmetal Gray, Glacial Silver and Amber Gold.