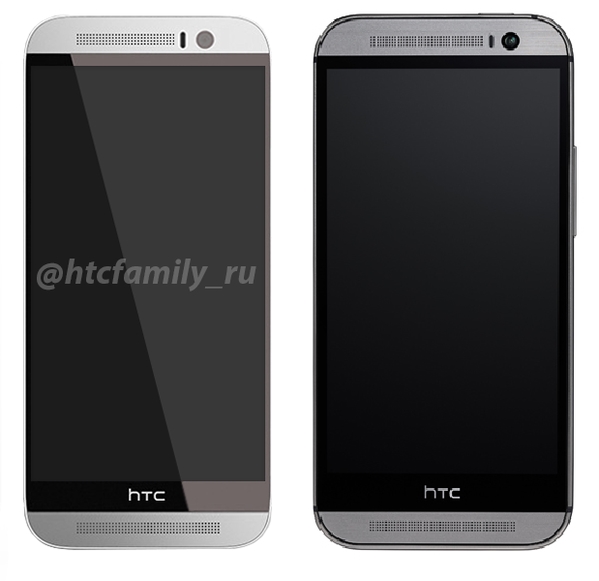 A new device that is expected to be launched at Mobile World Congress 2015 in Barcelona on March 1st is also the HTC One M9 (Hima), smartphone supposed to bring new camera sensor and better specs inside. Today, through the guys from HTCFamily.ru we can see a first photo render with the device placed next to One M8.

As you can notice, the One M9 keeps the popular design found on the 2014 flagship, but insted offers a front-facing panel with slimmer bezels, making it look more attractive. However, we still get that big black bezel under the display where the HTC logo is found.

In terms of specs, HTC One M9 could bring a 5-inch Full HD display, an octa-core Qualcomm Snapdragon 810 processor, a 20.7-megapixel rear camera, a 13-megapixel front-facing senzor or a 4-ultrapixel one, and 3 GB of RAM memory.