Home Android HTC One M9 Unboxing: “Let Them Stare” They Said, And We Did... 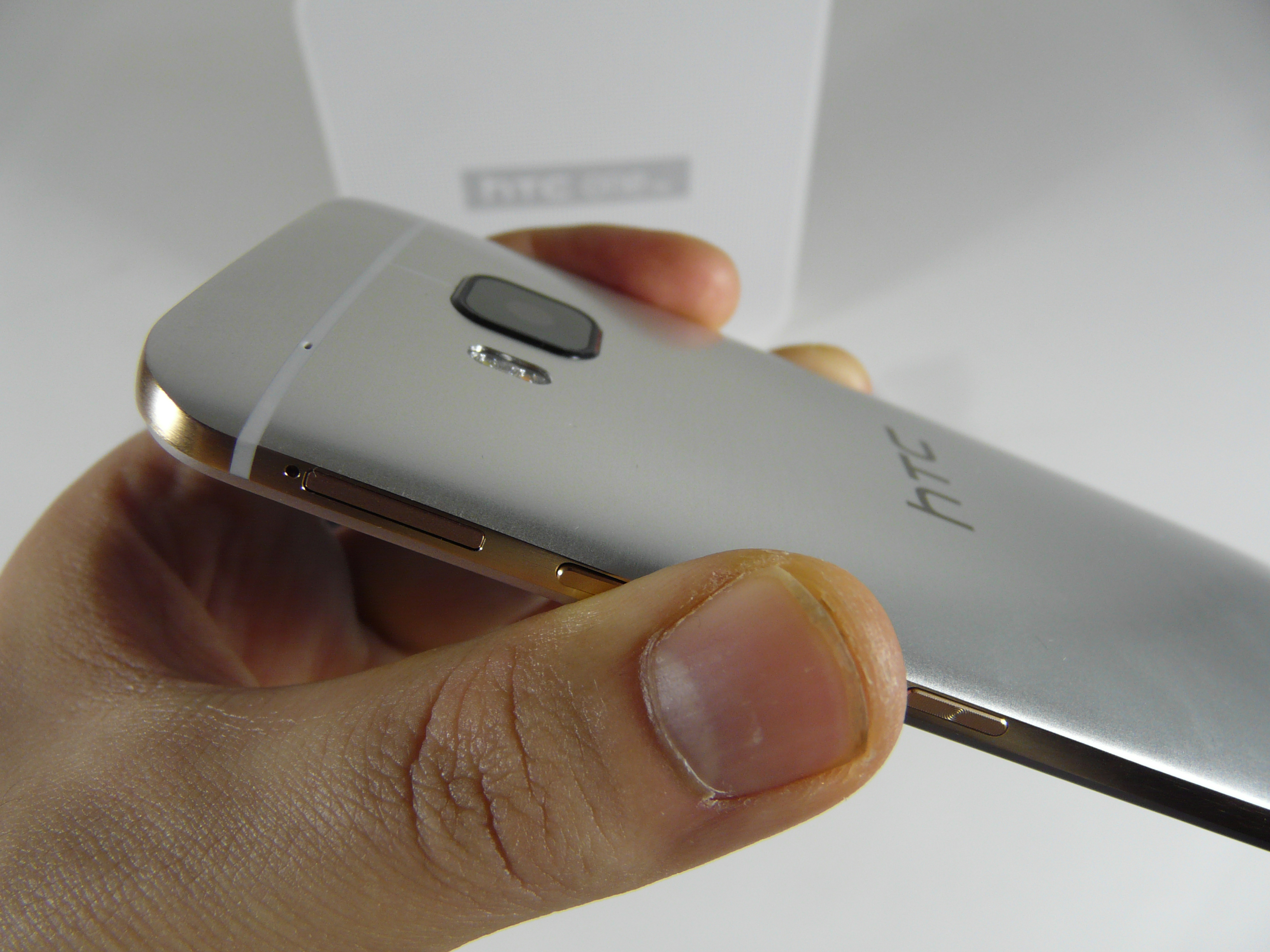 HTC One M9 is HTC’s 2015 flagship phone, a device that debuted at MWC 2015, where we only got minutes with the handset. Now we get to unbox it for you, in its finalized version, that’s shown in the video below. The product is priced at $649 off contract in all the versions that US carriers sell. 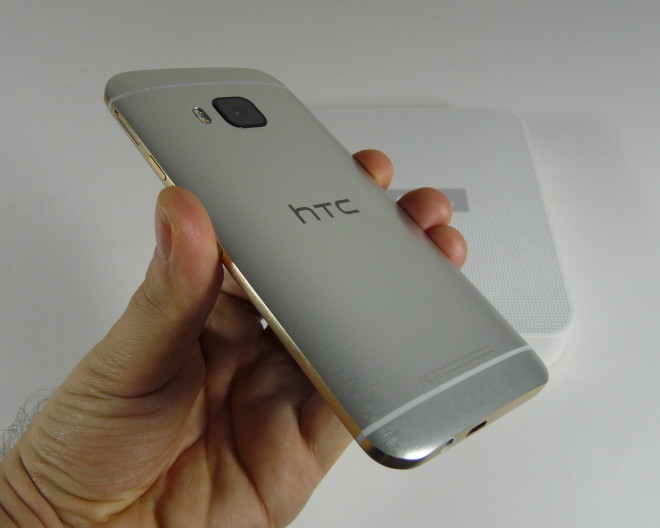 The box of the device has the same size and format as the one of the M8, only this time the texture is different on the top, reminding me of a mosquito protection. There’s also no picture of the handset on the box. Inside the packing we find headphones with the same design as the ones of the predecessor, headphone plugs, a charger, USB cable and charger adapter. 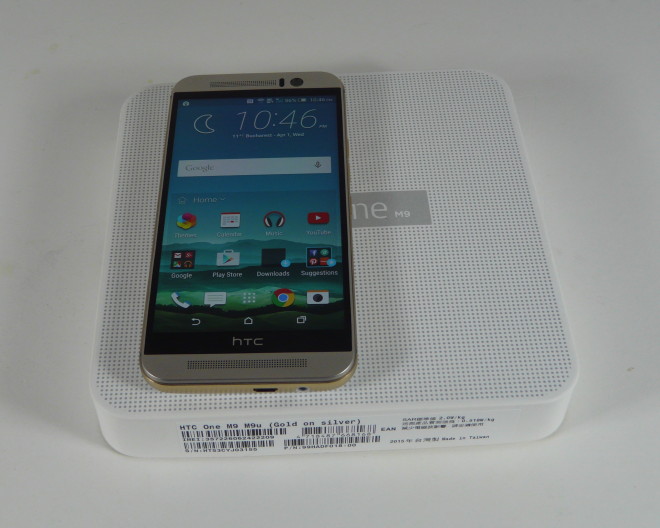 There are a few manuals also included, as well as a metal key to prop open the nano SIM card tray and microSD card tray. HTC One M9 measures 9.6 mm in thickness, compared to the 9.4 mm of the HTC One M8 and it weighs 157 grams, compared to the M8’s 160 grams. The new model has an On/Off button that has been moved from the top of the device to its right side, below the volume buttons. 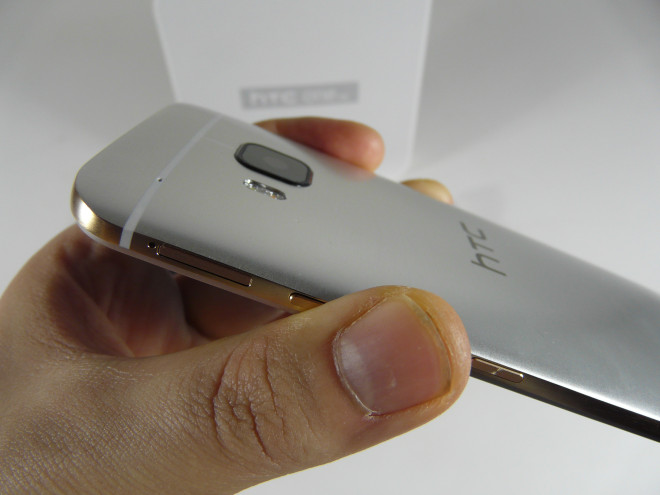 It also adopts a dual color approach, with a silver hue at the back and a golden hue on the sides, for example. There’s an extra ridge here, that feels like a bumper was mounted on a HTC One M8 body. Other than that the unibody aluminum design stays the same and the BoomSound speakers are at their places, this time with Dolby audio support.

Inside the phone we find 3 GB of RAM, a Snapdragon 810 octa core processor and at the back there’s a 20.7 MP shooter. Upfront we find the 4 Ultrapixel shooter of the M8, but this time serving a selfie purpose. 32 GB of storage, LTE, infrared and a 2840 mAh battery round up the specs list. On the software front, Android 5.0 and HTC Sense 7.0 are doing a fine job together. 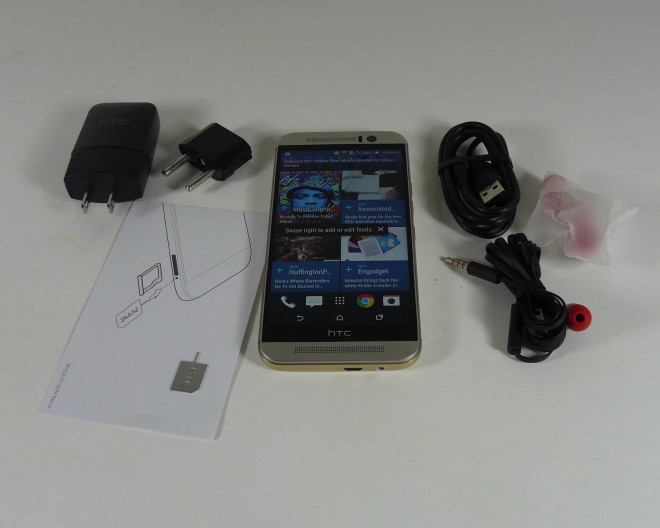 The latest Sense brings a Themes app, themes store and the ability to create your own theme, plus a Sense Home area, that changes the apps available on the screen depending on the place you’re in and time of day. That’s about it for now and we’ll be back with a full review ASAP.