Home HTC HTC One M9+ Will Be Launched on April 8; Press Invite Confirms... 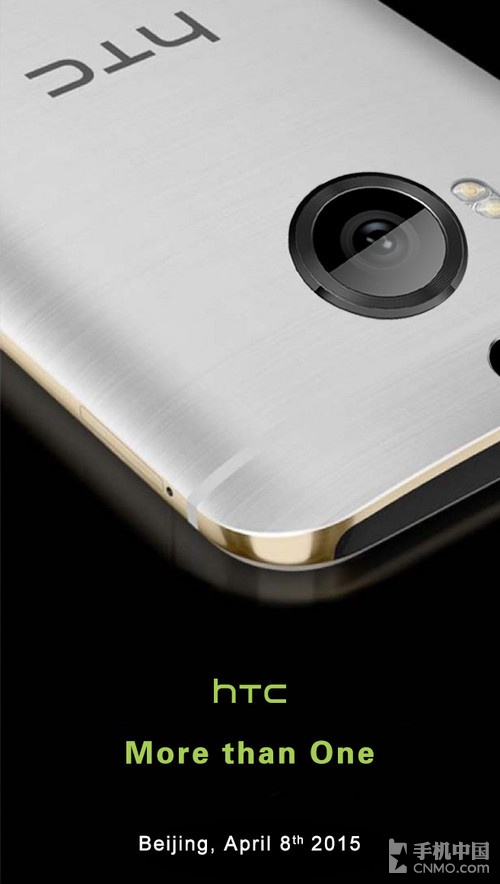 In spite of the bad reviews received by the One M9 smartphone, HTC is still the main subject of our articles thanks to the many rumors and pictures that are suggesting the launch of a premium phablet based on the same design language. Today, a press invite confirms the launch event of the One M9+, device that will be showed up in Beijing on April 8.

From the invite above that comes with the “More than One” slogan, we notice that indeed this device will pack a DUO camera system, with a 20.7-megapixel main sensor and a 2.1-megapixel one that will record in-depth information. We notice that the phablet will keep the same dual-tone case, with golden frame and silver back cover. 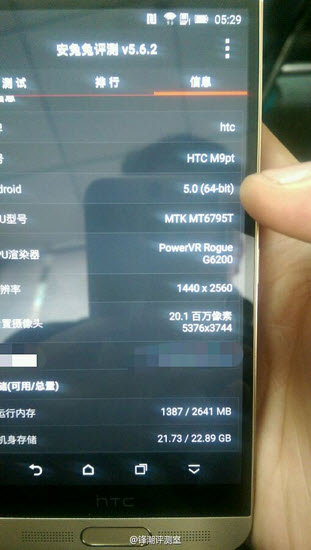 In the same time, the specs that arrived yesterday are now confirmed by a live picture with the phone that is running AnTuTu. According to the benchmark test, One M9+ will bring a 5.2-inch QHD display, a MediaTek MT6795/Snapdragon 810 processor, 3 GB of RAM and Android 5.0 Lollipop.