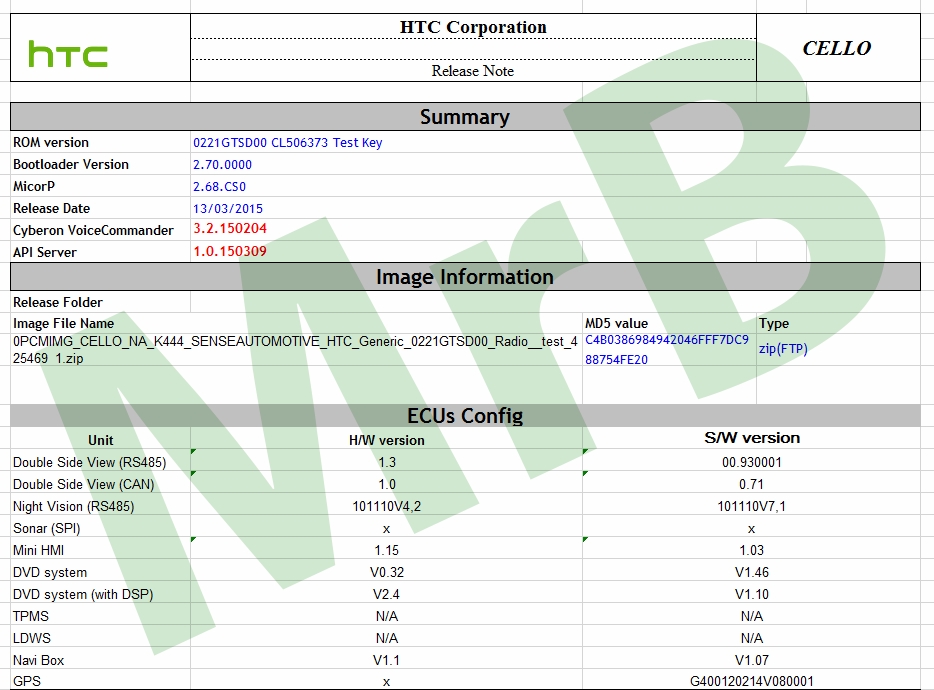 Through a post from Reddit, we get to know today that the Taiwanese company HTC plans to launch a new product this year, more precisely of a platform similar to Android Auto. From what we found out, it seems that this one will be called HTC Cello, and that we’ll get some extra connectivity features compared to Google’s solution. 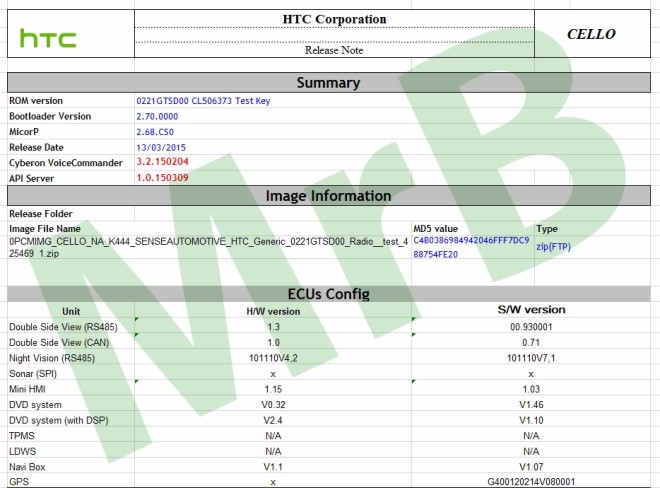 Apparently HTC Cello will offer support for the CAN bus, RS584 and MHL standards in order to communicate with our Android device. Also, in the package there’s Bluetooth connectivity. On the software side, this product will arrive with Android 4.4 KitKat and a special user interface developed by HTC and called Sense Automotive.

This UI is specially designed for cars. According to the information posted on Reddit, HTC is testing this device since the 4th quarter of 2014, the most recently test logs dating from March 13th.