Bluetooth Certification Organization has just leaked info regarding the fact that HTC Snap will support Windows Mobile 6.5 upgrade after all, in its HTC Cedar version. 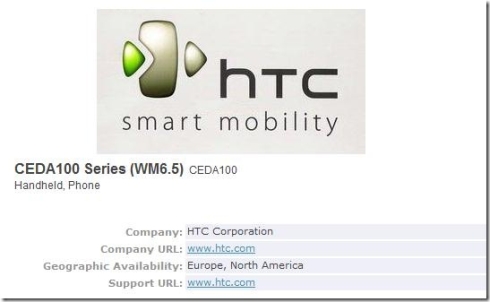 HTC Cedar is the Verizon version of Snap, a handset that was considered the Taiwanese company’s response to the BlackBerries. Sadly, the phone isn’t much to brag about, specially because it wasn’t initially scheduled to get the WM 6.5 upgrade, that brought the long-awaited MarketPlace for Windows Mobile support.

We don’t know if the OS upgrade will also be available on HTC Snap, but it should, since there’s not much porting to do between the same handset and its other flavour, under a different branding.