We all know that the iPhone is not the best phone in the world, but it does run smoothly and uses a kickass interface. What if that neat UI got somehow ported to the best smartphone out there? I’m talking about HTC Touch HD and a developer’s initiative of creating an alternative UI…

He’s part of the brilliant XDA Developers community and bears the name of Maati. 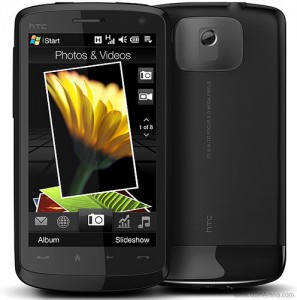 Maati did a great job by porting some of the features of the OS X iPhone on the best Windows Mobile handset, Touch HD. The new interface is smoother, browsing works like a charm and this alternative UI already has a neat name, “Winterface”. It works in landscape mode, displays iPhone-like icons, is finger-friendly and offers some pretty fluid scrolling.

Winterface borrows Coverflow and iPod features for its media player, but also a little bit of XPERIA’s panels, via TaskFacade, that allows the user to switch between running apps. The new interface also uses a file explorer replacement, Resco Explorer, complete with fluid scrolling as well. YouTube support comes with the aid of a preinstalled client, as for the photo viewing, EyePhoto will be handling that.

Full action of the brand new Winterface in the very detailed video below: