We’re still waiting for the HTC Touch HD to be released and already we see rumours regarding its “Pro” follow-up, in a move that reminds us of the Diamond-Pro era. 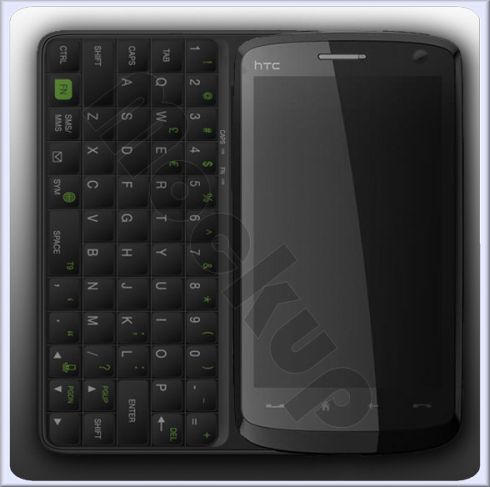 A couple of “knowledgeable” sources are cited and it turns out that the device really exists, but no details were revealed till now. We expect similar specs, comparing to the original Touch HD, plus a couple of welcome improvements, that will up the price and appeal a notch. What you see above is a mockup of this future device, a decent one though, that will have us hoping for good news in the next weeks.

Since we’re in the wishful thinking area, what about HTC Omni, the clamshell that never was? It looks good even now, although it’s a 2007 rumour with a 4 inch QVGA screen and a 528 MHz processor. Could this be the HTC Touch HD follow-up after all? What’s your opinion?