After reviewing HTC Windows Phone 8X, it’s time for the HTC Windows Phone 8S to reach us. We just unboxed it and shown it to you in the video below. As you can see, HTC kept the same box design, like an egg shell that’s been squared. 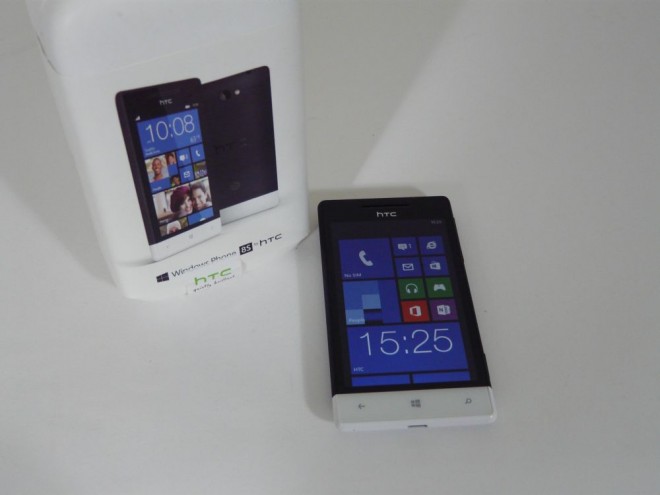 Inside the box we find an USB cable, a lot of manuals, a charger and a pair of headphones. The device goes for $325, it was announced in September and launched towards the end of the year. HTC 8S features a microSIM card slot and microSD card slot, both placed in the bottom area under a lid. The smartphone measures 10.3 mm in thickness and while this may seem thick, in reality it’s a rounded phone, so it doesn’t seem that bulky.

HTC Windows Phone 8S features a SLCD display with a 4 inch diagonal and a resolution of 480 x 800 pixels. It also has a Gorilla Glass display, a microSD card slot, 4 GB of storage, 512 MB of RAM, HSDPA, WiFi and Bluetooth 3.1. At the back there’s a 5 megapixel camera and inside there’s a 1700 mAh battery, plus a dual core Snapdragon S4 1 GHz CPU.

We’ll be back with a video review ASAP.