Huawei recently announced the brand new A199 handset, with a 5 inch HD IPS display and you can see the device get pictured below. I have to say that this model doesn’t look bad at all, as far as the design is concerned. 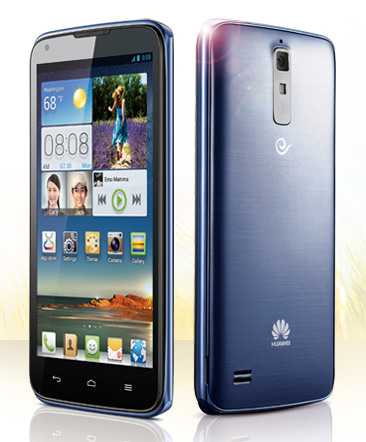 Huawei A199 packs the Chinese company’s very own K3V2 chipset, a quad core 1.5 GHz processor and this is a China Telecom exclusive, with dual SIM support and dual GSM/CDMA capability. 3G connectivity is only available in CDMA mode apparently. The specs of the smartphone include an 8 megapixel rear camera and a front 1.3 megapixel shooter, plus 2 GB of RAM and 8 GB of internal storage.

There’s also a microSD card slot and on the software side we’ve got Android 4.1 Jelly Bean, with the Huawei Emotion launcher on top of it. The smartphone will come to China Telecom’s network later this week  and in case this design feels familiar, it has leaked before as the Ascend G710.