The Huawei Ascend G700 doesn’t seem like the high end model of the day, but its specs are decent enough. The model has just leaked online courtesy of @evleaks, the usual leakster that let loose the Lumia 920 and 820 before they were announced. 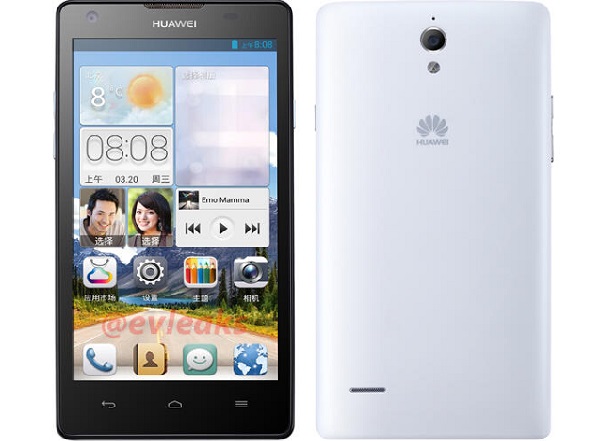 Its rumored specifications include a quad core MT6589 processor, 5 inch display, 2 GB of RAM and Android 4.2 Jelly Bean. The device will probably stay in China and won’t reach Europe or USA and frankly speaking it looks kind of low end-ish. The camera at the back is most likely a 5 MP or 8 MP one and the UI has been customized by Huawei with some compact widgets.

The front side of the phone is pretty standard looking, while the back seems to adopt a plasticky soft touch approach. I guess that 5 inch devices are 2013’s standard and we’ll be seeing a lot of them in the future.