Huawei wants to get rid of that image of low end phone maker and thus it amazed everyone at MWC 2012 with some interesting dual core and quad core phones, including the world’s thinnest smartphone. Now, it appears that the thicker relative of the thinnest phone, the Huawei Ascend P1 gets an international launch date. 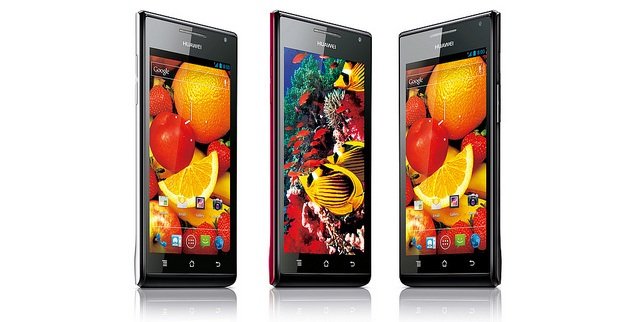 The device takes off in China today and it’s already sold out according to the chairman of the company. Know that this Android 4.0 phone will come to Australia, Hong Kong and Taiwan in May, while Latin America will get it in June and Europe later this summer. We’re dealing with a 7.7mm thick smartphone with a 4.3 inch qHD Super AMOLED screen, an 8 megapixel camera and a 1.5 GHz TI OMAP 4460 dual core CPU. The device also offers Dolby Mobile surround sound via the headphones or home theater through HDMI.

Huawei Ascend P1 is expected to be follow by the P1 S model, the very thin 6.7mm model and there’s also a P1 LTE coming, but no info about their release dates. Back to the Ascend P1, know that its specs also include 1GB of RAM, 4 GB of ROM, a microSD card slot, a 1.3 MP front camera and Li-Ion 1670 mAh battery.