Among the devices shown this week at CES 2012 there was also the new thinnest phone in the world the, Huawei Ascend P1S and its twin with LTE and a thicker waistline, the Ascend P1 LTE. The latter was taken for a hands on spin by the guys of androidandme and below we have the details on what they came across. 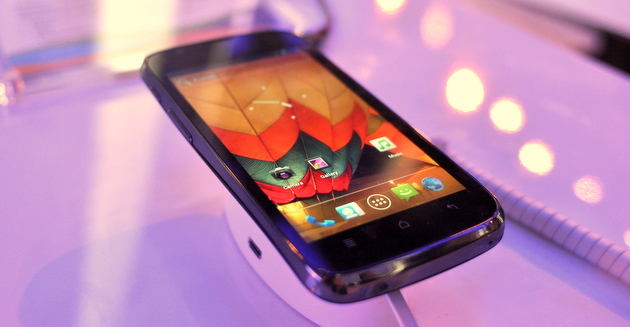 Measuring 9.9mm in thickness, this smartphone comes with LTE and GSM connectivity, a 4.3 inch qHD Super AMOLED display and a dual core 1.5GHz Qualcomm Snapdragon S4 processor (MSM8960). There’s also 1GB of RAM on board, 4GB of internal memory, a microSD card slot and WiFi, Bluetooth 3.0 plus GPS. The power source of this LTE device is a 2,000 mAh battery and we also get a bunch of the usual sensors on board. At the back there’s an 8 megapixel camera with LED flash and ability to shoot 1080p videos at 30 fps.

No idea when this model will hit the market or what price it will have, but considering this is Huawei gear, it should be reasonably affordable, considering it’s still a handset with Android 4.0 Ice Cream Sandwich. Too bad that it feels kind of cheap, because of its plastic back and chrome finished edges… And here’s the hands on I was telling you about, on video: