We’ve played with the Huawei P20 Pro and the Huawei P20 Lite and now it’s time to go back to the Honor series. Ever since the Honor 10 came out, we’ve been calling it a more affordable P20, with very much the same specs and a more appealing price. Now this “cannibal” for the P20 gets unboxed below. It’s priced at just $400.

We’re dealing with one of those devices that has the nice color changing backs. It can turn from green to blue and violet, depending on the angle you’re watching it at and also depending on the light. It’s very hipnotic, sexy and appealing. The handset measures 7.7 mm in thickness and weighs 153 grams, both of them decent sizes for a 5.84 inch device, that has a pretty small notch upfront. 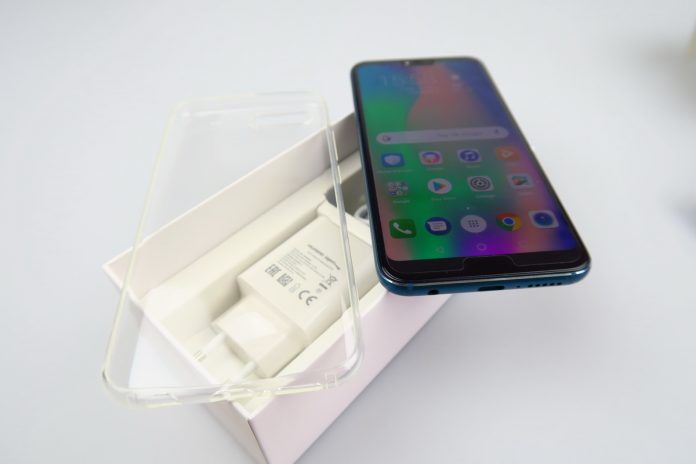 Definitely smaller than the iPhone X and about the same size as the Huawei P20 Lite. The 5.84 inch screen offered here is an IPS LCD with a Full HD+ resolution. Inside the phone we find a Kirin 970 CPU, 4 GB of RAM and 64 or 128 GB of storage. There’s also no microSD card slot, which is odd in this day and age. The battery sounds fine to me at 3400 mAh and we also get a fingerprint scanner, which is oddly placed on the “lip” of the facade, not at the back, not within the screen or on the side. 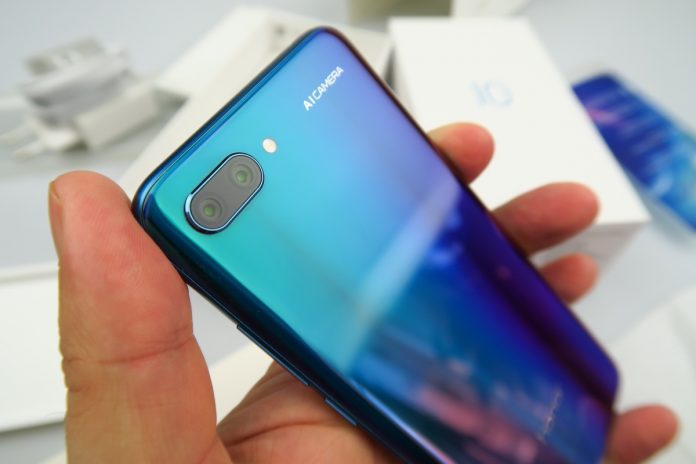 On the camera front we get a lot of megapixels here. There’s a 24 MP shooter upfront, for the selfies and also a combo of 16 MP and 24 MP cameras at the back side. The 16 MP camera is a color one and the 24 MP a monochrome one. They have a ton of cool features, including Bokeh, AI, 4K video, an Artist mode which resembles Prisma, plus a ton of options. Too much even, I would say.

This device certainly feels light and pretty, that’s my first impression and I’m also overwhelmed by the camera options for a mere $400 machine. We’ll be back with a full review soon.