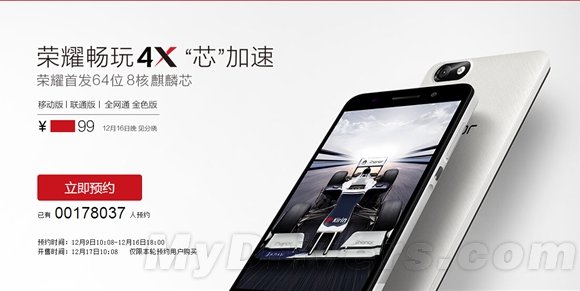 The newcomer may debut during a special event scheduled on December 16th, originally meant to debut the Huawei Honor 6 Plus and its cool dual camera. The new device, also known as the Huawei Honor 4X LTE packs a Kirin 620 64 bit CPU, an octa core one, with a Mali 450 GPU. Other features include a 5.5 inch HD display, a 13 megapixel back camera and a front 5 MP selfie cam.

There’s a 3000 mAh battery inside and the product will come in two versions: 1 GB of RAM and 2 GB of RAM. The first one will cost $129 and the second one goes to $161. Huawei Honor 4X LTE and Honor 6 Plus may remain in China, so don’t get overexcited.