Home Huawei Huawei Honor 6 Plus Shows Up In A Live Picture; Launch Expected... 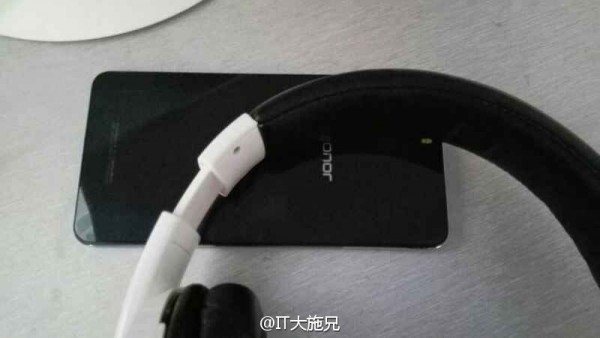 Another device expected to be launched soon in China, to be precisely on December 16, is also the Huawei Honor 6 Plus, a high-end phablet that today gets leaked in a new live picture without letting us see much details. However, the information arrived until now on the web let us make an idea about this new phone.

Is expected that Huawei Honor 6 Plus to arrive with a 5.5-inch Full HD display, an octa-core HiSilicon 930 processor clocked at 1.8 GHz, 3 GB of RAM, 32 GB space of internal storage, a dual 8-megapixel camera on the back with LED and a metallic case. Also, there’s some rumors about the possibilty that we may get a fingerprint scanner.

It remains to see what other new features will bring the Huawei Honor 6 Plus smartphone and if the rumored $323 price tag will be the real deal. Also, we’re pretty interested to see what that dual-camera system is supposed to do, making us wondering if we’ll get 3D features or a refocus function as we have on HTC One (M8).