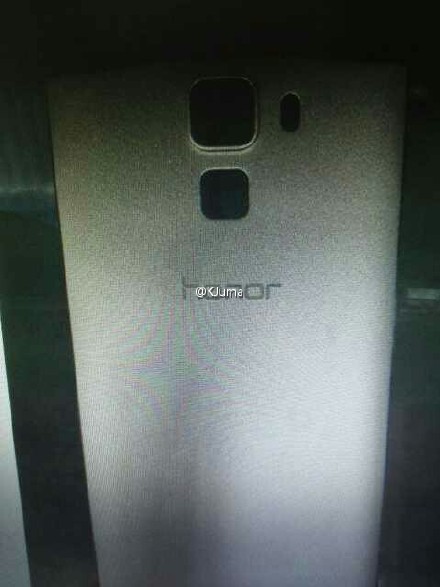 The Huawei Honor 7 mid to high end phone has been pictured again, this time with a metal case, as shown below. The leak came from Weibo and shows a familiar design of the device that has also leaked here.

The Honor 6 units were well received models, that offered partially high end features in a midrange package. Their cameras were great and the design that used glass and metal was a good idea. This time, Huawei seems to have approached the design with brushed metal and a matte finishing. The Honor 7 shown here seems to come with a fingerprint scanner and dual LED flash next to its big back camera. 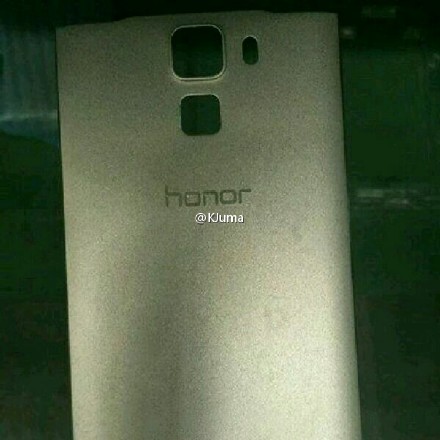 The handset is said to be launched at the end of the current month and it’ll also get a Plus version later. Rumors talk about a lower end model and a higher end version for the product. Honor 7 is said to feature a 5 inch Full HD screen, a HiSilicon Kirin 935 processor and a 13 megapixel back camera. Said camera will offer optical image stabilization and other specs include 3 GB of RAM, 16 GB of storage, Android 5.0 and a 3280 mAh battery.

A second version will get 4 GB of RAM, a special sound chamber and the 7 Plus unit will also bring the Kirin 950 CPU that will be released in September.