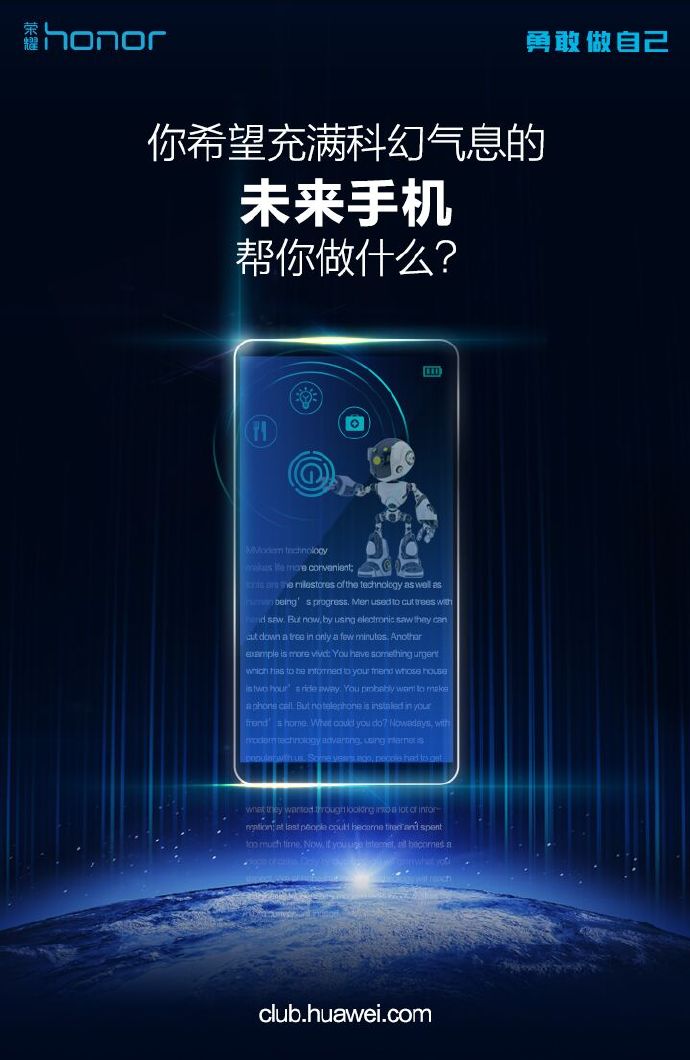 After getting all excited and worked up over the Huawei Honor Magic handset and its potentially borderless nature, today we take a step back, on account of new leaks regarding the device. A new teaser posted by Huawei reveals the contour of the device, that seems closer to a regular modern phone, than the Xiaomi Mi MIX. 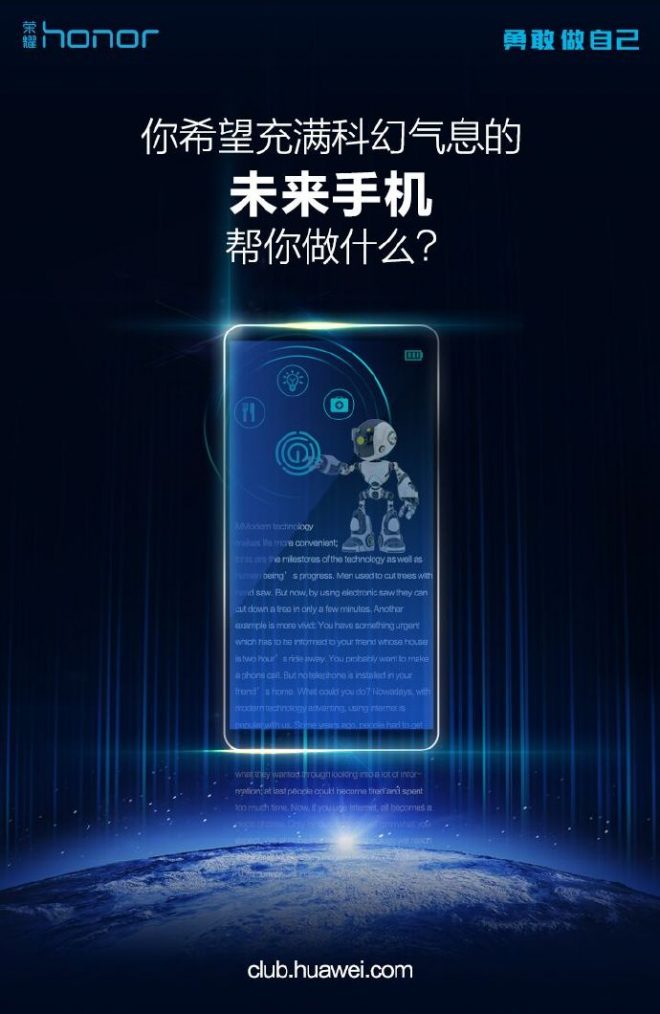 The device is going to be unveiled on December 16th in a special event and it’s being called a “concept phone” right now. Huawei teased it on Weibo, posting images like the one above, that highlight the format of the newcomer. The outline shows that we do get borders here, both to the left and right and top and bottom. It’s true that the sides are curved and bezels are minimal, but not as small as expected.

The top and bottom are also rather narrow, but still big enough to fit a front camera and fingerprint scanner respectively, judging by the last leak. Surprisingly we still don’t have specs for this newcomer, that may well bring a vibration speaker, since the last leak also seemed to show no trace of earpiece. We’ll see next week! Expect some sort of 3D Touch here and possibly a dual camera at the back.