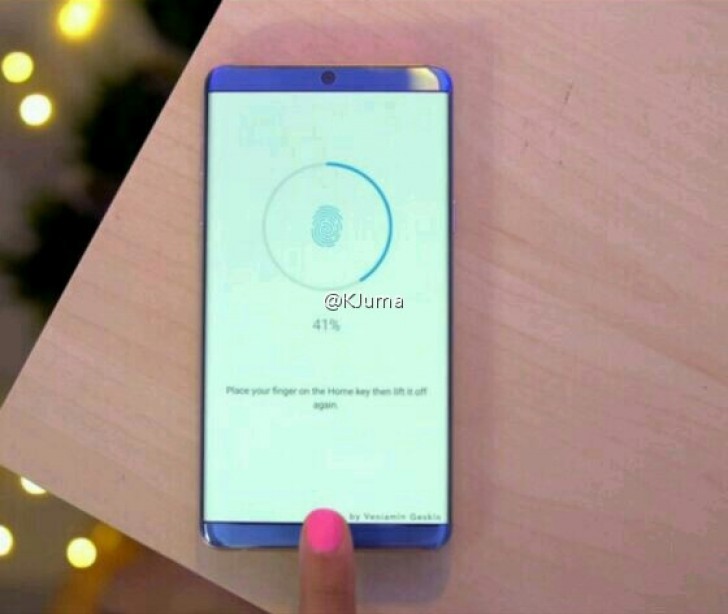 It would appear the Huawei is ready to bring a new Honor model on December 16th, dubbed Huawei Honor Magic. It was already leaked in teasers and confirmations, but today we have its very first live shot, pictured below. 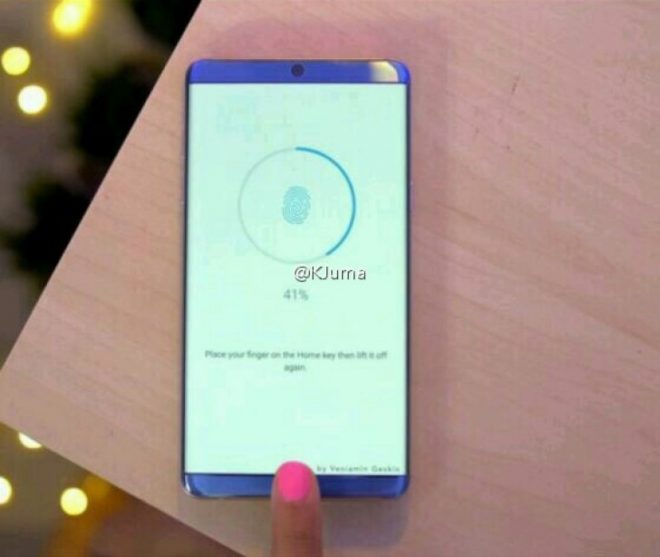 We take it with a grain of salt, because it appeared not even 24 hours after the device’s teasers. We still have no specs, but we do get to see a centered front camera here, no earpiece and what seems to be a very discrete fingerprint scanner placed below the display. Said screen has curved side edges and the top and bottom bezels are very slim.

Since there’s no earpiece, I imagine that there’s a similar vibration system as the one present on the Xiaomi Mi MIX and Sharp Aquos Crystal models. The blue color hue here is certainly special, reminding me of the Huawei Honor 8 hue a bit. Honor Magic may also feature a 3D Touch-style experience, which is just a personal hunch I have. Judging by the size of the device versus the finger placed on the scanner, I’d say this is a big device, maybe even a 6 incher.