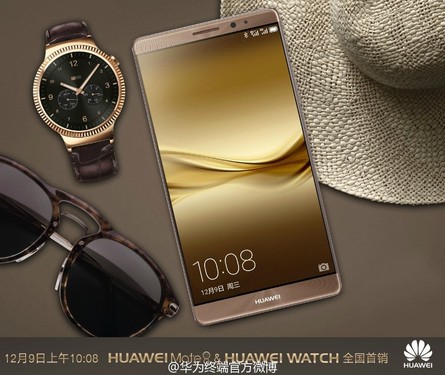 Huawei Mate 8 has leaked a ton of times already and it has also been unveiled officially, but we didn’t have a clear idea about its price tag or store debut date till today. It would appear that this model will be coming on December 9th.

The price tag will be $468, which for a flagship isn’t half bad. Users will have to make reservations to purchase in advance. The Mate 7 surpassed 7 million units sold and for this model the target is 10 million units. Huawei Mate 8 comes with the famous and very powerful Kirin 950 processor, as well as a 6 inch Full HD screen and a 16 megapixel back camera.

Price grows by about $80 for each version.