Home Qualcomm Qualcomm Snapdragon 820 Will Get a Special Debut on the Chinese Market;... 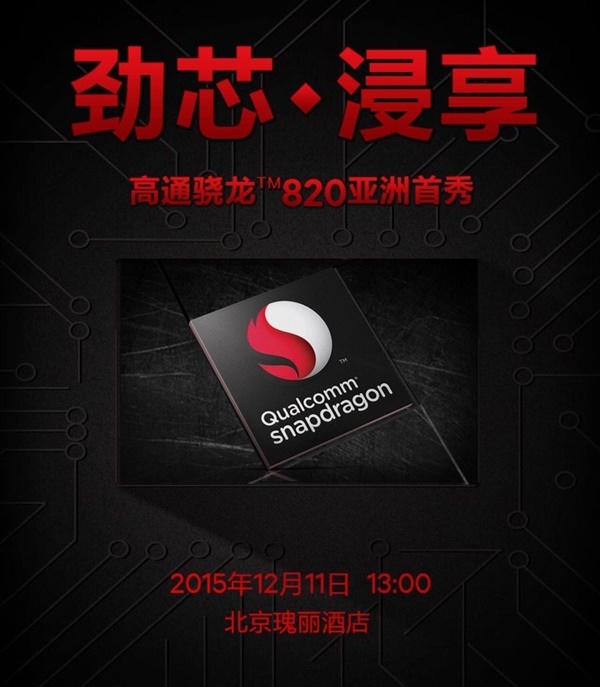 In November this year, Qualcomm announced their new high-end processor called Snapdragon 820, a quad-core CPU that offers four 64-bit cores clocked at 2.2 GHz. This chip is able to bring download speeds of 600 Mbps thanks to its LTE Cat 12/13 modem found inside. An Adreno 530 GPU is also on board, chip that promises some great experiences when it comes to games.

As we found out a while ago, this new processor could be introduced on some devices like Samsung Galaxy S7 and Xiaomi Mi 5. This last one might be launched until the end of this year, and a fact that comes like a confirmation, is a press invite from Qualcomm.

The US-based company plans to show up the Snapdragon 820 during a press event in China that will take place on December 11th. Is possible that shortly after, Xiaomi to announce its new flagship Mi 5, with this processor inside, maybe in December, or January 2016. In the same time, there’s still some fears regarding overheating, and even some rumors according to which, Samsung will introduce a cooling system on Galaxy S7.