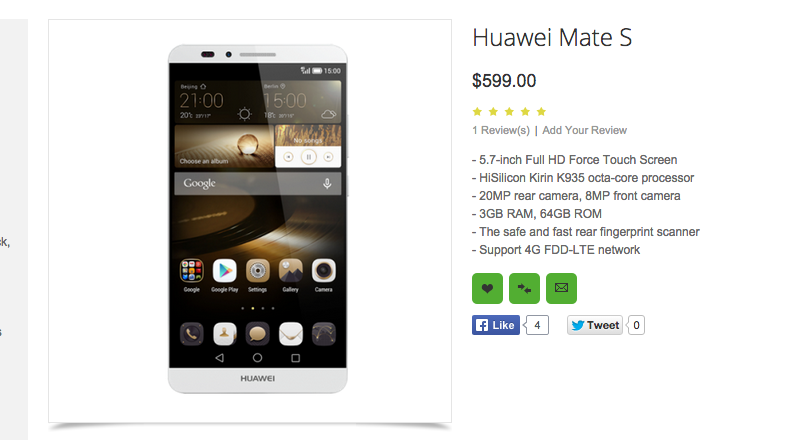 Recent teasers and leaks have shown that the Huawei Mate S may arrive with a Force Touch-enabled touchscreen and now this feature is confirmed by a retailer as well. Recently we’ve seen ZTE showcase a phone with such a feature and Apple is also expected to bring it to its new iPhones. 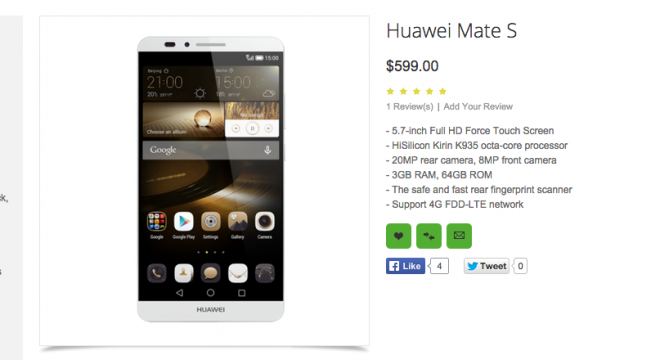 The Huawei Mate S has just been listed by Chinese retailer OppoMart, with a price tag of $599 and Force Touch support mentioned. The list also includes an octa core HiSilicon Kirin 935 processor, 64 GB of storage, a 20 megapixel main camera and a front 8 MP shooter, as well as a fingerprint scanner at the back. Compatibility with 4G LTE is also here, plus the previously mentioned 5.7 inch Full HD screen with Force Touch.

Force Touch offers the handset the ability to tell between a tap and a more forceful press of the screen, offering different options depending on the type of input. It debuted on the Apple Watch, being praised by various reviews. It will be interesting to see which device maker manages to get a Force Touch handset in shops: Apple, ZTE or Huawei.