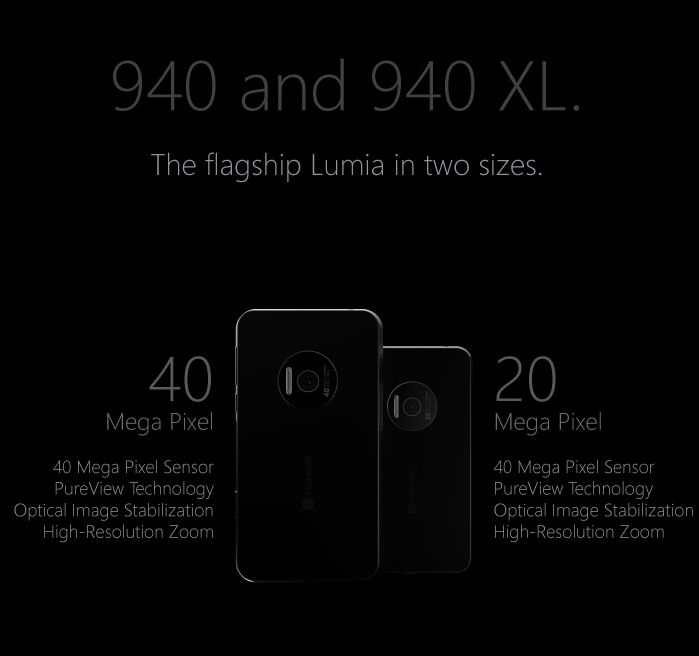 First of all the image below shows a concept of the upcoming Microsoft Lumia duo, so don’t get excited. Second, today we learned that Microsoft may finally unveil its Lumia 940 and Lumia 940 XL flagships on October 19th. 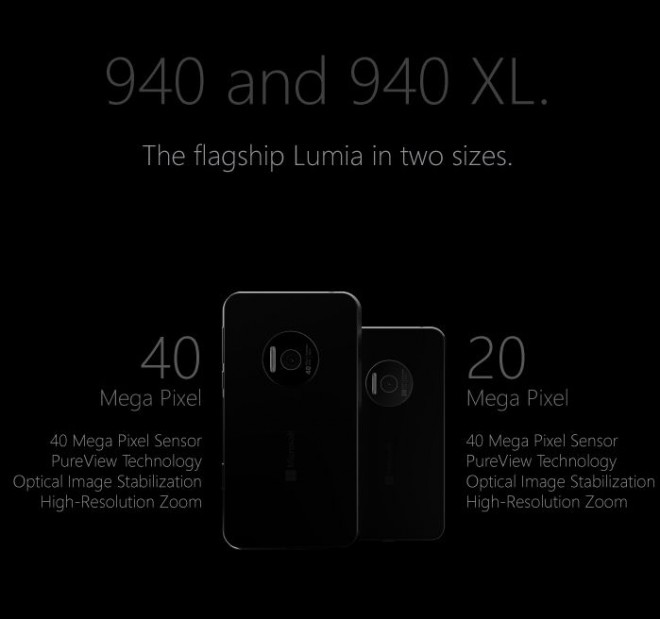 We knew that a Windows 10 Mobile flagship or two were on the way, but November seemed like the most likely month to launch them. Up until now the devices were leaked as Cityman and Talkman (codenames). A new report from NPU hints at the above mentioned launch date, paired with a New York event. The tip comes from an anonymous source, so we’re treating it with caution.

The same report says that the surface Pro 4 will come at the same event, with the Microsoft Band 2 in the mix as well. A rumor in July hinted at a September 24th debut and @evleaks also mentioned September a few times. The Lumia Talkman is expected to be a 5.2 inch Quad HD smartphone with a Snapdragon 808 CPU, 3 GB of RAM and a 20 MP Pureview camera, while the Lumia 940 XL/Cityman will be a 5.7 inch phablet with Quad HD OLED screen, 20 MP Pureview cam, 3 GB RAM and Snapdragon 810 chipset. We’ll keep you posted.