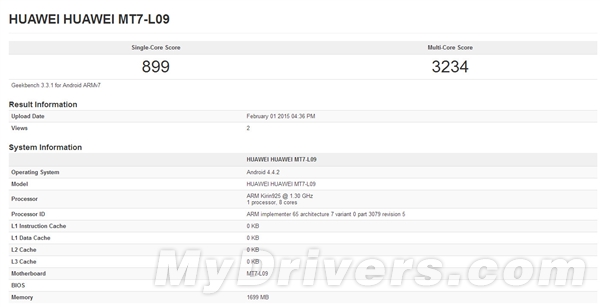 We knew the Huawei P8 was coming, but we didn’t expect to get proof of it so fast. Turns out that there’s a flagship material device leaked via GeekBench and it sounds pretty good. The product packs a new HiSilicon Kirin chipset, that’s detailed below. 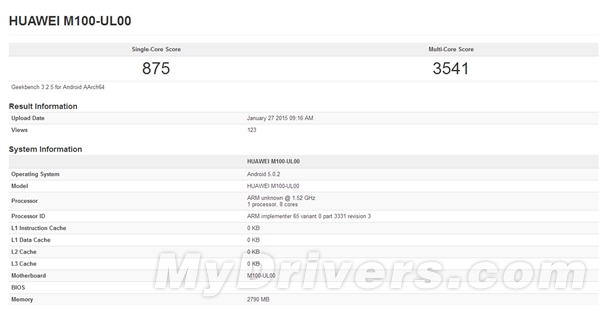 So, we’re dealing with a 6 mm thick smartphone, that uses dual sided glass for the design and also some zirconia/ceramic materials. There’s a dual camera at the back and a fingerprint scanner, plus a 16 nm Kirin next gen processor. A 2600 mAh battery rounds up the specs list and last I heard the Huawei P8 was launching on April 15th in London.

This model is listed in GeekBench’s database under the codename M100-UL00 and it’s shown with an octa core 1.5 GHz 64 bit processor, the one mentioned above. It’s clocked at 1.52 GHz and comes with 3 GB of RAM and Android 5.0.2 as the OS. Keep in mind we’re only speculating about the chipset here and two other leaks have shown us a Kirin 620 model and a Kirin 925 model, with the latter reaching similar scores. 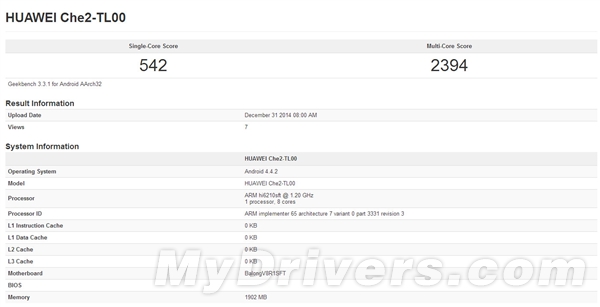