Huawei just released a video teaser for its upcoming press event where the new P10 and P10 Plus smartphones will be officially announced, and now we get to see some 3D renders of the regular model thanks to a collaboration between @OnLeaks and 91mobiles.com. These images are based upon factory CAD so there’s pretty much the final design represented here. 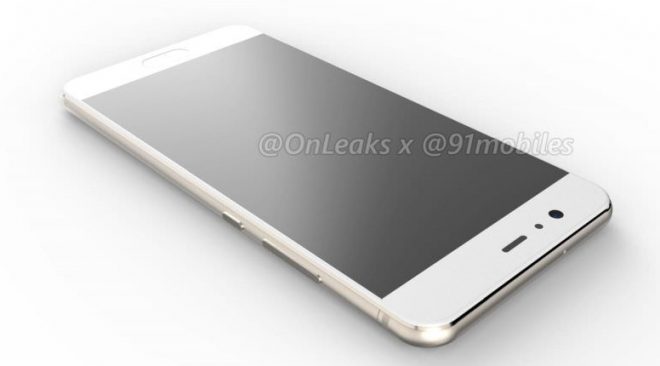 The first thing you’re going to notice here is that the phone gets a more rounded design compared to the last year P9. This is a metallic unibody case with that glass insertion where the dual-camera is found. Another thing that can’t be hard to be missed is the physical home button with a fingerprint scanner. 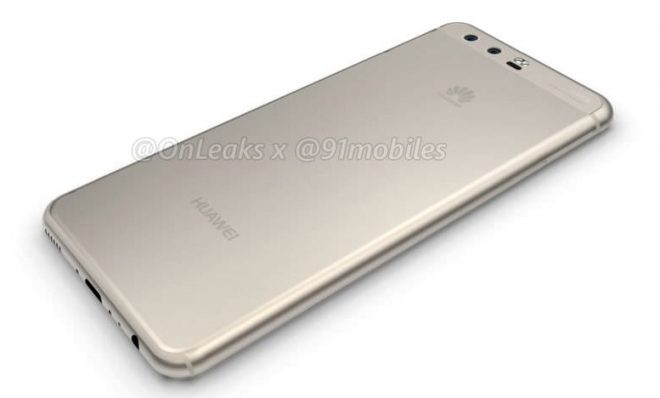 We’re getting some slim bezels around the screen, but the bottom margin seems to be bigger than the one we have on Huawei P9. A 3.5 mm jack is found at the bottom, alongside the speaker and the reversible USB Type-C port. The volume rockers and the power/unlock button are placed on the right side of the phone. 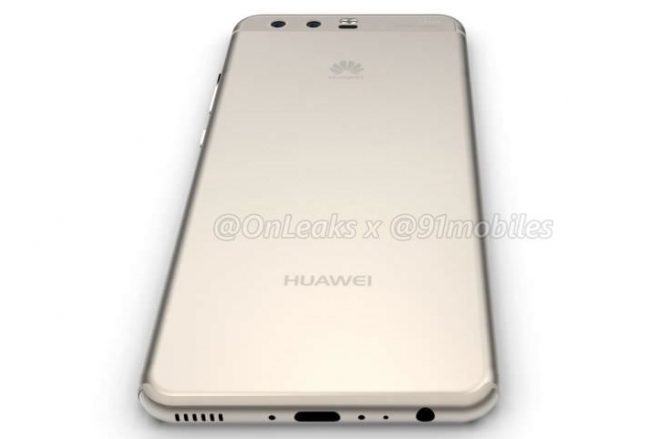 At first sight, this new phone doesn’t look too good in terms of design compared to P9, and the fingerprint scanner that is now placed on the front panel might be a bad thing for some users. From the latest leaks we found out that Huawei P10 will bring a 5.5 inch FHD display while the Plus variant will offer a curved 5.5 inch panel.