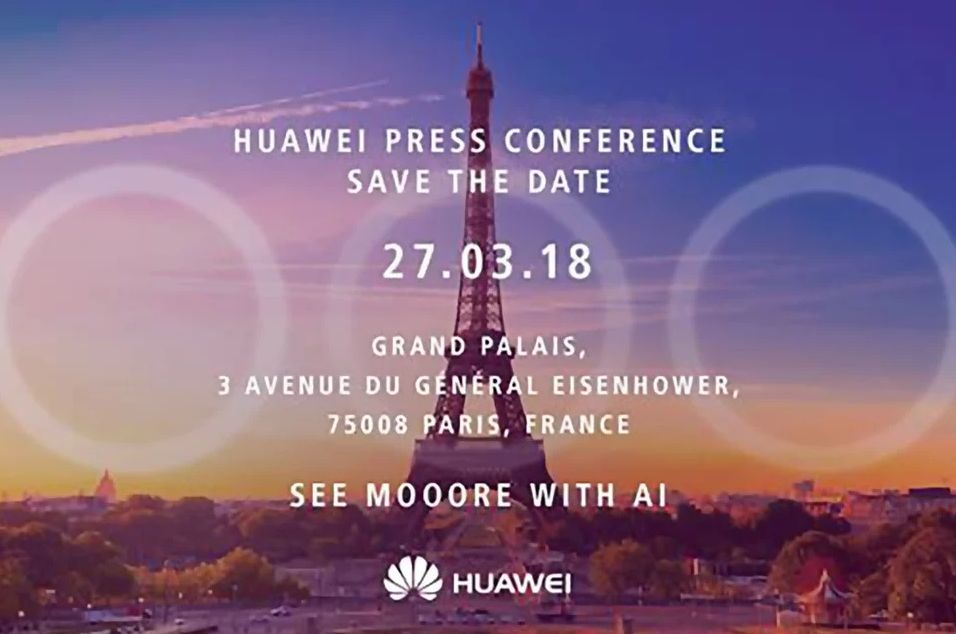 Things are starting to look more official and make more sense regarding the Huawei P20, which is being teased with its triple camera in the latest invitations that Huawei sent to the press. You can clearly see three circles in the middle, teasing the triple camera.

Huawei is going to showcase the Huawei P20 on March 27th in France. They’re also confirming the triple cam again, with the tagline “See Mooore with AI” (3 “o”s which means 3 cameras). Also, there’s the promise of AI, taking things one step further than the Huawei Mate 10 Pro, which already has AI. With the recent leaks of the P20 Lite, we’ve seen that the midranger will have a dual camera, but the other P20 units, the regular, Plus and Pro are dead set on using triple cameras. 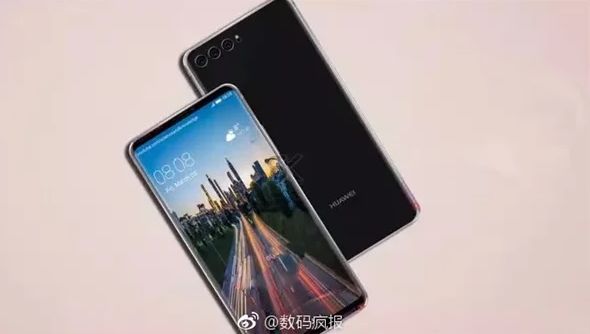 We expect one camera to be color, another to be monochrome and maybe we will get a wide angle lens too. Leica tech should be on point and 18.7:9 aspects should be a big deal here. These new models are expected to be powered by a Kirin 970 CPU, maybe even a Kirin 975 on the Pro model. Huawei has trademarked the P20, so we’re pretty sure the new flagship will be called that way.

More details are expected to pop up till then, since leaks keep happening. I’m curious to see which P20 models get notches and which ones won’t…