Oppo was supposed to unveil a 6.1 mm thin smartphone a couple of weeks ago, but in the end they pulled out a 6.9 mm handset, even thicker than their previous record holder. Meanwhile, Huawei remains the maker of the thinnest smartphone, as a new model called the P6-U06 has just leaked and it has a 6.18 mm waistline. 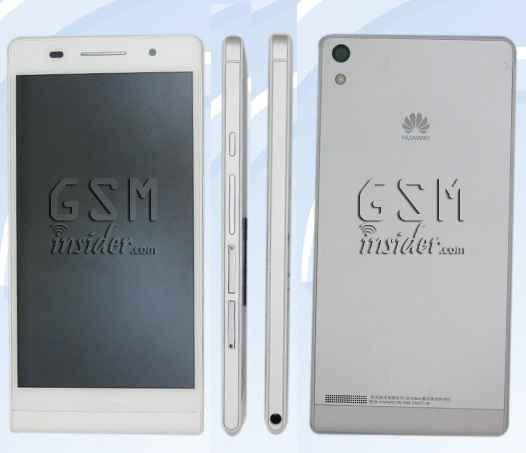 Previously the Alcatel Ultra Idol was the thinnest at 6.45 mm, but that’s beaten now. Huawei P6-U06 weighs 120 grams and it was recently certified by the Telecommunication Equipment Certification Center MIIT in China. The product has 2 GB of RAM, an 8 megapixel camera at the back and a front 2 megapixel shooter. It supports GSM and WCDMA connectivity and there’s sadly no sign of LTE.

As you can see here, this model seems to resemble the iPhone a bit, especially in the upper back area. Features also include a microSD card slot, GPS, Android 4.1.2 Jelly Bean and voice recording. This model will come in black, white and pink and it may actually be the Huawei Honor 3 that was leaked a while before.