It is already obvious that the Windows mobiles OS is on the rise, due to the manufacturers efforts to announce more and more attractive devices. Nokia is holding its event on the 14th of next month, expected to announce either a new Lumia smartphone or even a tablet, and we have another surprise announcement. 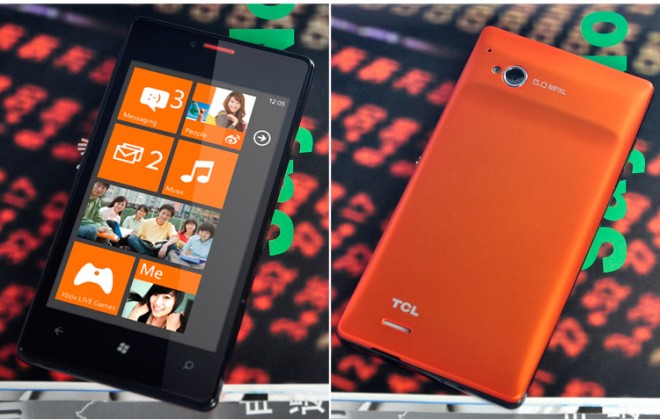 From where least expected and ahead of even Nokia and its plans for the Lumia line-up, Alcatel has launched its first Windows Phone powered device. The device has even been spotted on 360buy.com, listed as the TLC S606. It terms of design, the sleek looking device seems to have followed the Microsoft guidelines entirely, with adding some manufacturer specific characteristics.

The Alcatel One seems to come in different colors, something of a trademark of the Windows Phone OS. A rather disappointing aspect of it is that it runs Windows Phone 7.5, instead of the newer 7.8 or even 8. It is powered by a 1 GHz CPU with 512 MB of RAM and offers a non-expandable 4 GB of internal storage. There is a 4-inch WVGA screen and a VGA resolution front facing camera, and 5 MP rear module. 360buy has it for about $130.