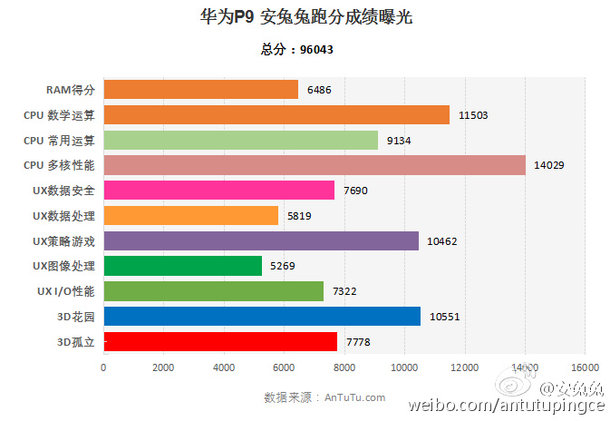 Huawei P9 has leaked quite a few times over the past months and today it’s time to check out the AnTuTu benchmark leak. In this test the Kirin 955 CPU is put to the test and performs modestly. 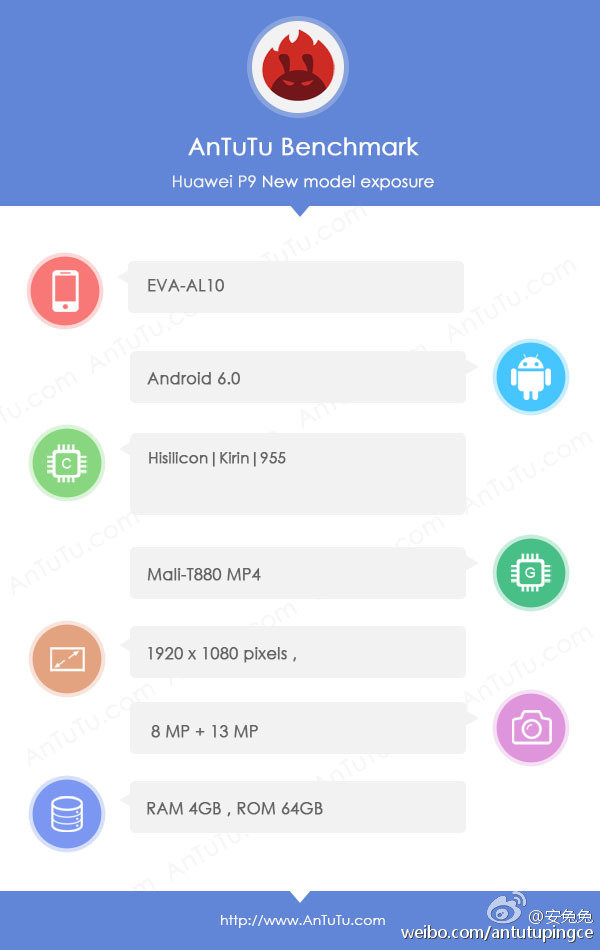 The leak also reveals the device’s specs and we’re talking about the standard version of the phone, not the Premium one, the Lite one or Max one. The handset is listed with Android 6.0 Marshmallow, a HiSilicon Kirin 955 CPU, Mali T880 MP4 GPU and a Full HD screen. There’s an 8 MP + 13 MP camera setup, 4 GB of RAM and 64 GB of storage.

It’s strange to see this camera setup, since we know the P9 to sport dual 12 MP cameras. The P9 Lite will be the one sporting a 13 MP singular camera, so that’s why it’s strange. However, the Lite version won’t use the Kirin 955 chip. Anyway the result is modest here: 96.043 points, which is certainly no match for the 150k points of the HTC M10 and its S820 chip, also tested in AnTuTu recently.

Of course, this may be just a prototype, so don’t read too much into it. 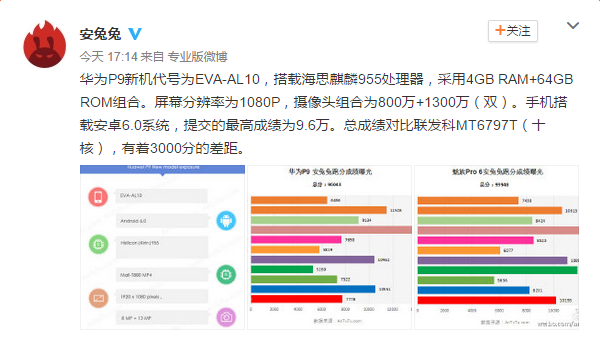