Back at MWC 2012 we were stunned to hear that Huawei promised to showcase the “world’s fastest” smartphone, one based on a quad core chipset of their own. I’m talking about the Huawei Ascend D quad XL, that was recently tested against the Snapdragon S4 and the latter came out victorious. 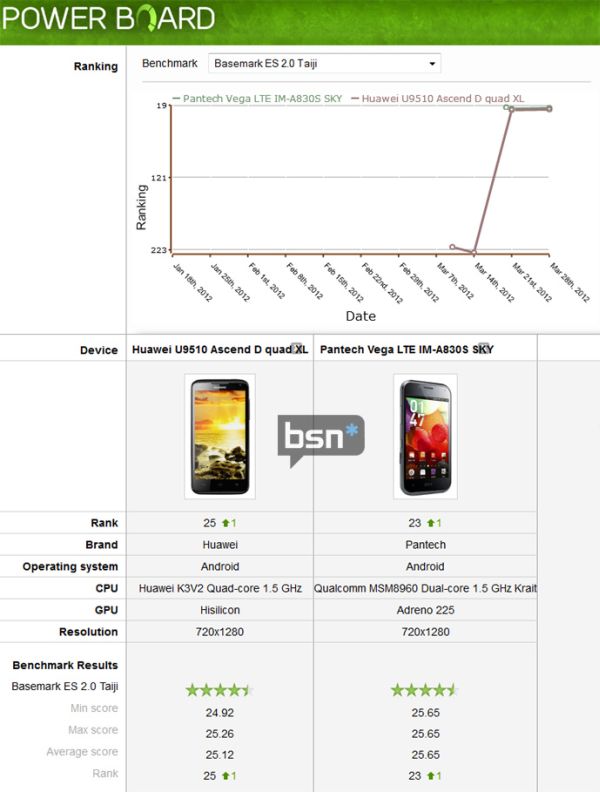 The chip inside the new Huawei phone is the K3V2 created by Huawei, that actually managed to beat the quad core Tegra 3 in some benchmarks (Basemark ES 2.0 Taiji), but in the end Snapdragon S4 took the cake. The powerful 28nm S4 chip is quite popular these days, being used on the US version of the HTC One X and on one of the versions of the ASUS PadFone, two of the most popular products at MWC 2012. If you’re wondering about the whole test thing, know that the device packing the S4 was actually an odd one, the Pantech Vega LTE Sky phone.

Anyway, “the worlds fastest smartphone” just got surpassed, so if you want to get a handset in the following weeks or months, keep an eye out for devices based on the Snapdragon S4 processor, since they’ve got some raw power inside.