iOS 6 came out for the Apple devices, including the over 3-year old iPhone 3GS powered by a 600 MHz Cortex-A8 CPU. It is interesting to see how Apple managed to optimize the software for the low-end specs of the device and how does it run it. With just 256 MB of RAM and a way under-powered chipset by today’s standards, it is a laudable effort from the manufacturer to bring the latest software version for the 3GS. 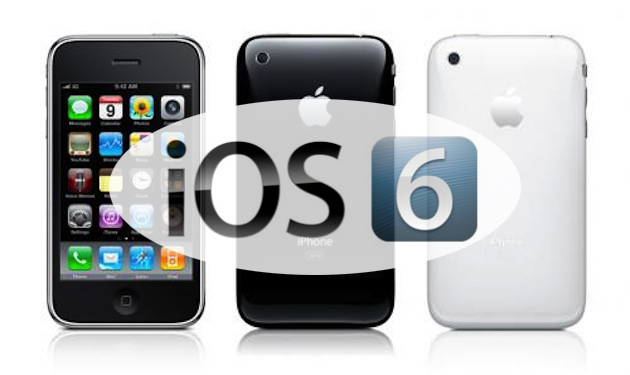 Apple managed to include what they claim to be over 200 improvements compared to the previous version of iOS. Among these worth mentioning are: Improved Facebook integration, New MAPS app, VIP MailBox, Improved Web Browsing, DND function, and Passbook. While most users agree that iOS 5 was preforming rather poorly in some key areas on the iPhone 3GS, I bet most were curios to find out what Apple has done to improve the experience and bring a whole bunch of new features with the latest version of the software.

Let me start with the good new. iOS 6 on the 3GS feels snappy and works as it should most of the time, an obvious improvement over the previous version. There are no lags or stutters and apps open even faster then before. Opening basic apps, such as email or messages, even with a full gallery, poses no problem for the OS and it’s done without a noticeable slowdown. Battery life seems to be the same as with iOS 5 but some more testing is required to get more accurate impression.

One of the apps that was considered to cause some performance issues on the 3GS was the new Maps app. Upon testing, it has been revealed that the new Apple navigation app, that came to replace Google Maps, performs rather good with no noticeable hiccups or lag. Other new apps and/or features have have been included with the update also offer a comforting level of performance, a very good job on Apple’s side. 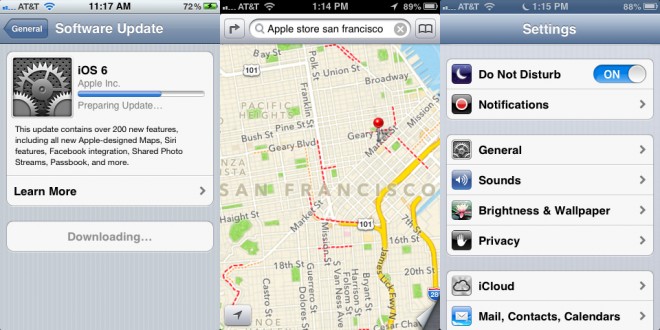 The conclusion is this : Just because the 3GS runs an under-specked hardware configuration it doesn’t mean Apple hasn’t placed a great deal of effort to make the software run as intended on the “old” devices. If you were thinking if you should upgrade, given the experience with the previous version of the OS, then there is no need to worry. iOS 6 is an improvement for all Apple devices.