ZTE Blade III appeared online a while ago, but now it gets an official unveiling, with a 4 inch display, mediocre resolution and Android 4.0 ICS as the OS. We’re dealing here with a model that runs on a 1 GHz Qualcomm processor and also packs 512 MB of RAM, so it’s not that type of high end newcomer. 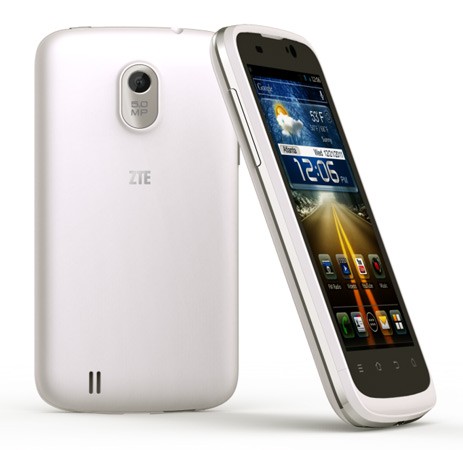 ZTE Blade III supports a 800 x 480 pixel resolution, has 4 GB of internal storage and a microSD card slot to complete that. At the back there’s a 5 megapixel camera that for some reason lacks a flash, or so it’s shown in the official picture. This is a HSPA device that will debut in Nordic countries, with the black Blade III coming to Sweden for around $228, while the white one will come to Finland this month. The black Swedish model will launch in October apparently.

Other European countries will get the product till the year end. The phone weighs 130 grams and measures 10 mm, so it’s pretty bulky by today’s standards. Its download speeds over HSDPA can reach 7.2 Mbps and on the good side we get Dolby technology and DLNA on this model.