Apple is still making every other major handset maker angry, by showing the world their hidden antenna issues, after being criticized for the iPhone 4 failure. However, this time a consumer organization from Germany decided to conduct a couple of tests, in order to learn the truth. 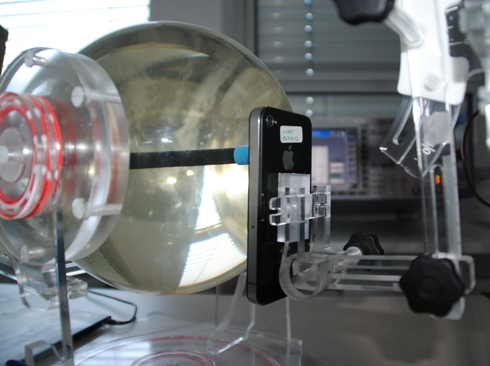 Their independent investigation proved that even by touching the lower left corner of the iPhone 4 with a single finger results in signal reception reduction of up to 90%. This means that calls can be dropped and the Internet connection will crawl big time.

In comparison, the same German authority tested two more smartphones and found that they lose about 25% of the signal when touched in the same area. Also, third generation iPhones are not as badly affected by this issue as the iPhone 4.