Allaboutsymbian has a nice piece on the comparison between HTC Desire, Apple iPhone 4 and Symbian flagships, like the Nokia N8, Sony Ericsson Satio and Samsung i8910 HD. The last two have similar specs, but do they have what it takes to defeat Apple’s new toy? 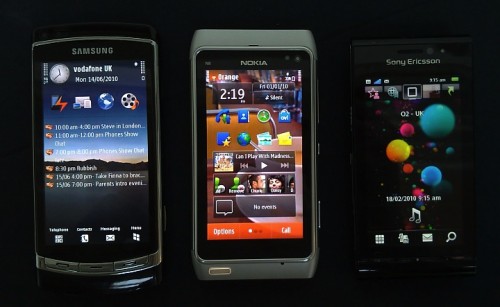 HTC Desire was included in the comparison, as a model with Android 2.1, to show what a handset with Google’s OS on board brings to the scene when compared to a Symbian one. All of the devices mentioned above come with virtual keyboards, either multitouch, or single touch ones, with the latter category including Nokia N8 and Samsung i8910 HD.

As far as the display is concerned, the iPhone 4 is clearly the winner, with a 3.5 inch 640 x 960 pixel screen, based on the IPS TFT technology, while the N8 and Satio pack displays with similar diagonal, the first being a second-gen AMOLED and the other a transflective TFT. HTC Desire and Samsung i8910 HD rely on 3.7 inch screens, both AMOLED and having problems with outdoors use. 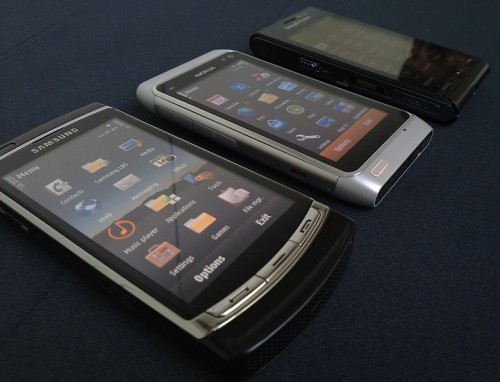 In the performance and multitasking section, Nokia N8 is king, thanks to its RAM quantity, ARM 11 680MHz processor, plus coprocessor. iPhone 4 pits an A4 CPU against it, while Desire brings a quick 1GHz Snapdragon processor in the mix. Satio makes good use of a 600 MHz ARM Cortex A8 CPU, plus graphics coprocessor.

For the full comparison table, check out this link.