We barely got over the iPad avalanche of rumours and now it’s the time to start worrying about the iPhone 4G. Word has it that leaks have started to appear, like the one of the display, pictured below and shown in the video at the end of the article. 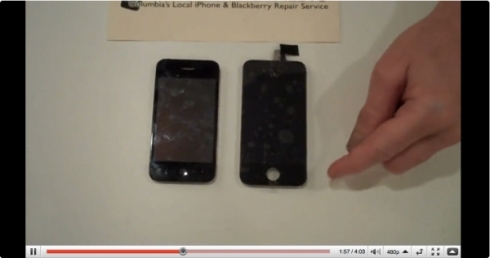 The next-gen iPhone is supposed to feature a 3.7 inch touchscreen display, as we’ve previously learned from a more vague leak. If this screen is made by Samsung or not, we don’t know, but we’d certainly like it to be an AMOLED or Super AMOLED unit.

Hopefully, it’ll perform better than the screen on the iPhone 3GS and match the quality of the Nexus One, HTC EVO 4G and Samsung Galaxy S displays. Video of the leak right here: