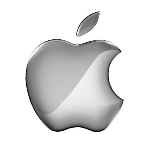 A recent report quoted by Digitimes shows that Apple might have reduced orders for iPhone 4S components, as it expects lower demand in Q4. The iPad also got reduced orders and all of this might in fact be a preparation for the increase of iPad 3 component production or simply the fact that Apple has enough units left over from previous months.

Apple supposedly reduced suppliers orders for Q4 by 10 to 15%, but these orders might actually be intended for Q1 2012. That’s the time frame when nobody buys anything, as they’re left poor following the holiday season. The demand for the iPhone 4S will decrease after the holidays and a role in the decrease of orders is played by the component shortages as well.

Apple is expected to bump up the orders again in Q1 2012, since the next iPad will be coming and room must be made for it. I’m guessing that if shortages are to blame, other companies that make handsets or tablets won’t be happy, as they’re usually neglected by component makers for the sake of Apple.