It seems that the Nokia 900 is not the only mysterious WP7 unit that’s yet to be announced… as the Finns have yet another mystery model popping up. This one was found in the stats of the “I’m a WP7!” app, that also revealed the HTC Titan when it wasn’t yet unveiled. The newcomer today is Nokia Champagne. 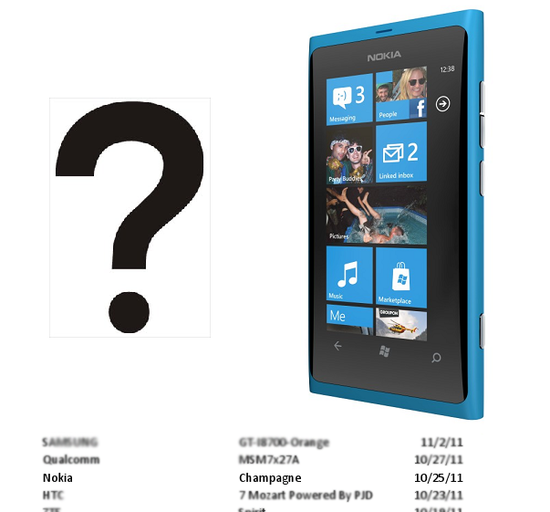 Of course, this is only a codename, as both Nokia and Microsoft wouldn’t gamble their fame by launching a handset named after a drink. This name was first seen on October 25th and we actually have absolutely no info about the device, nor about specs. This could be a new Lumia handset, with different branding for a different country, or maybe an entirely new smartphone.

What’s important here is that this model is supposed to run OS 7.10.8711, meaning that it runs Windows Phone Tango. This means that we’re many months away from its debut, so stay tuned for more details, when they leak!