As if the Samsung Galaxy S II didn’t sell enough millions of units, it’s now available in pink, increasing its appeal for the girlies and ladies. This version is available in South Korea and I bet that an international release will follow pretty soon. 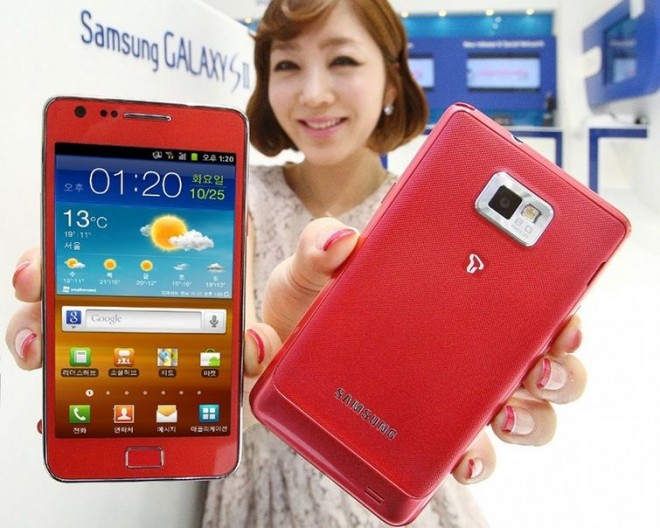 It’s hard to believe that this handset is a mere 6 months old, since it feels like it’s been here for ages now… I have to mention that last I heard the first Galaxy S and the S II combined had 30 millions of units sold and they will probably break down the 40 million barrier before the year end. In case you’re wondering what’s different about the pinkie dual core smartphone, know that everything is the same, as far as hardware and design go.

While HTC also threw in some girlie accessories with the HTC Rhyme purple phone, Samsung didn’t feel the need to. A colored and glowing charm would have been welcome to be honest, but that’s just my feminine side talking. How about a pink dock, pink case or pouch? In case the pic here confuses you, know that this coral pink, not the shiny pink you’re used to.