It is no secret that today we are expecting (at least) a new device from Apple to be announced at their scheduled event about to take place in a few hours. Before the official announcements, our sister Romanian site – Mobilissimo.ro managed to obtain some informations regarding the upcoming announcements. 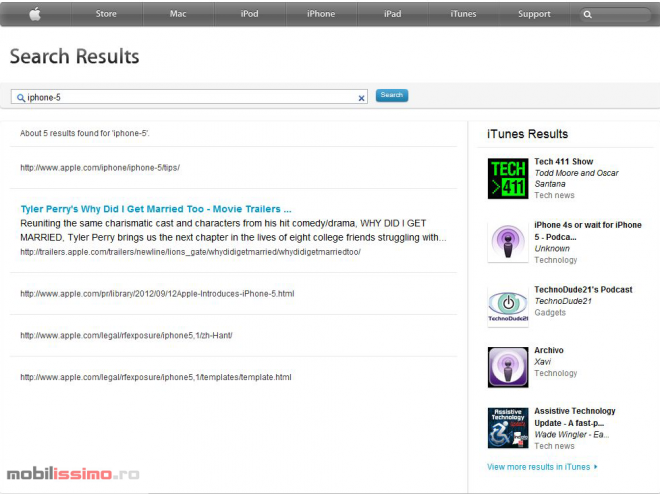 Due to an omission or error, the search results for key terms regarding the suspected announcements, following the upcoming event, put to rest some recent rumors regarding what Apple will launch. It is clear now, as you can see in the screenshot above, the new Apple smartphone will in fact be named iPhone 5, and not the new iPhone, as was the case with the iPad (3). In the search results there are some links that will lead to the official product page and press announcement.

Furthermore, it looks like Apple is also preparing to launch a new version of their software for PC – iTunes. Key word entered in the search bar reveal a link to what we suspect is the press announcement page (see screenshot below). Hours away and we already know what to expect. I guess it’s now just a matter of features and presentations, sill worth waiting for. See it for yourself: 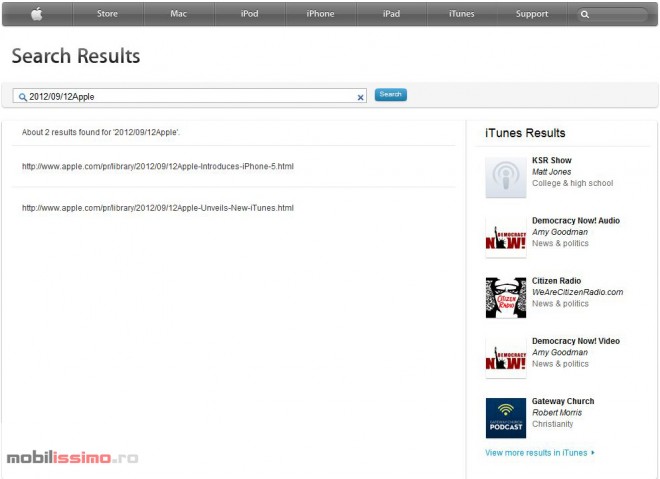