There hasn’t been a single week over the past months without a leak related to the iPhone 5. Today we get a view of the assembled front panel of the latest iPhone. We’ve been bits and pieces of the front panel before and even a fully assembled iPhone 5 was leaked, but no one can guarantee it was a real device, obviously. 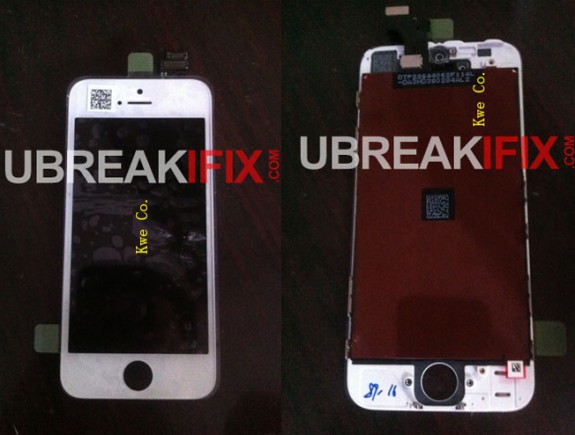 This time the leak has UBreakIFix as source via BGR. The photos reveal that taller display we’ve heard so much about, mounted on the back of a front display panel. There’s no screen behind the glass, so we have no idea how the thing looks when it’s turned on. All we can see is that it’s taller than the screen of the iPhone 4S. The assembly leaves holes for the other parts of the handset, including the FaceTime camera, earpiece and light sensor. The final assembly can confirm the authenticity of the front panel and other parts of the iPhone 5, although as usual we advise you to take it with a grain of salt.

What these images don’t reveal is the thickness of the new display, that’s important, since we know the new screen will probably use the new in cell touch technology. This one applies the touch cells to the glass layer and makes the whole screen thinner. It’s also supposed that the new screen is easier to read in sunlight, thanks to advanced technologies. So, in about 3 weeks, according to rumors we’ll learn what was real and what was not.