It was a matter of time till the proper hackers got hold of the iPhone 5 and started tinkering with it, jailbreaking the handset and all that. The 4 inch iPhone has just received its jailbreak and it was shown running Cydia in the picture below, posted on Twitter by Grant Paul, as proof of the hack. 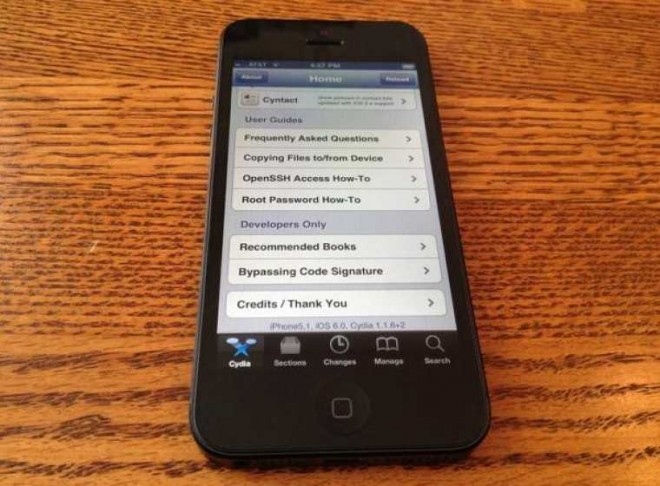 This comes just days after the older devices running iOS 6.0 were also hacked. I’m talking about the devices with an Apple A4 CPU that were also jailbroken on iOS 6.0 this week. I expect that in about a week or so we’ll get the jailbreak on our elongated iPhones. I wonder if Apple will pull any stunts when it comes to stopping the unlock and jailbreak of the new iPhone, since they always find a new way to counter hackers on each new device. I also wonder how long it will be till the hackers find the first major exploit on the handset.

Anyway, by now millions of people have the iPhone 5, so that’s reason enough to lose some hacker sleep over perfecting redsn0w or any other hacking method out there. Any of you lucky iPhone 5 owners messing with jailbreaks right now?