The iPhone 5 production has reportedly started in Asia, thanks to Taiwanese company Pegatron, that’s handling the process. One would expect Foxconn to do it, but they’re probably booked up with the iPad and maybe with the iPad Mini as well. Of course, Foxconn will work on the new iPhone as well, not only Pegatron. 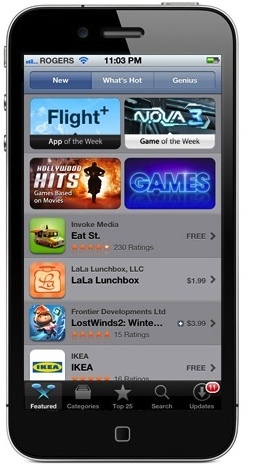 The Taiwanese company has started the manufacturing in Shanghai, according to the usual source of such info, Digitimes. This follows a previous report saying basically the same thing, although at the time the manufacturer wasn’t mentioned. We also get a few details about the handset’s looks, that now include both glass and aluminum on the back side. The iPhone 4S only uses glass covering on the front and back. The iPhone 5 is expected to arrive this fall, packing a 4 inch Retina Display with 16:9 aspect ratio.

Previous iPhones packed a 3.5 inch display with a 3:2 aspect ratio. Digitimes also says that Pegatron will also be involved in the production of the “new version of the iPad”, whatever that means. The image above is a mere mockup, but it may be close to Apple’s fresh design for the iPhone. With the handset rumored to debut in October, isn’t it early to start production in July?