We were charmed by the iPhone Pro and Elite concept phones, but now we’ve got another rumour on our hands, which is a ripoff rather than a futuristic design. The fake iPhone below is called the “iPhone Air” and it’s a handset made in China, following the imaginary series started by the mysterious nano version of the phone. 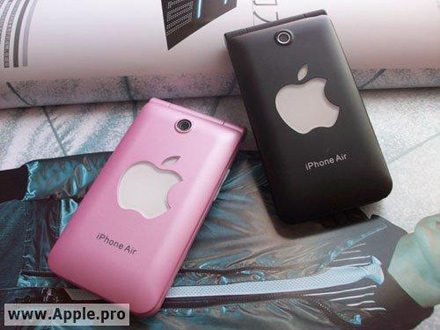 Notice those beautiful streamlined edges and know that this beauty has nothing to do with Apple’s hit, as it features dual SIM card slots, FM radio, Bluetooth, a multimedia player and a camera.