Well, it turns out that iOS 4.0 was not only a security boost, but also a tiny threat to your privacy. Every iPhone and iPad 3G user out there has had his physical location tracked by Apple, according to security researchers who detailed their finding online. There’s a backup of positions and timestamps kept on the Macs and PCs synced with these devices, it seems. 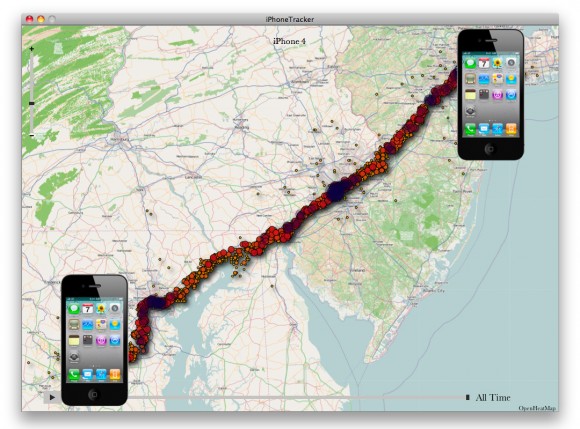 Alasdair Allan and Pete Warden discovered that from iOS 4.0 onwards there was a database of locations created for each user with a total lack of protection and encryption. These two even created an app called iPhone Tracker, to show how much data is gathered and they found that the database of positions is the “consolidated.db”.

This one contains coordinates (latitude/longitude) and timestamps for each point of the use the iOS device. Cell tower triangulation was quoted as the method of tracking the exact position for the user, which is scary right now, as we can’t help but suppose that someone out there may be tracking each and every iPhone and iPad owner as we’re writing this.

There’s also a list of wireless hotspots that the iPhone and iPad connected to that are monitored as well, through a similar list. Strangely enough, all the data you need is stored right on your PC and this is info you usually need a court order to get out of cellphone companies. Well, Apple either give this up or encrypt the data, what do you say?

Here’s some extra info from the experts: