Thousands of games for the iPhone/iPod Touch have invaded the App Store, making them the most downloadable pieces of software available online through Apple’s service. This growth is due to the fact that developers finally got a chance to use that little bit of openness allowed by Steve Jobs and co when it comes to creating games for their mobile platforms. 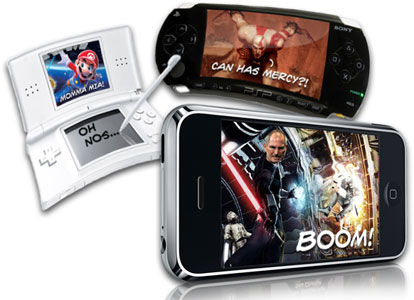 Right now, there are about 2000 games available via App Store and thousands more to come in the following years. Experts say that people who think the iPhone is going to replace the PSP and Nintendo DS have figured things out the wrong way. Turns out that the real danger comes from the iPod Touch, who, according to the analysts will outsell the two above-mentioned consoles (combined) 10 to 1 in the next years.

Important game developers have also joined it, trying to get a piece of the iPhone pie, as the hugely popular handset continues to sell well and games keep getting downloaded. Will Sony and Nintendo be able to counter this threat? Could they take the blow if Nokia or Apple decide to release a portable console? We’ll see…