Believe it or not, the iPhone has a stylus… and it’s not even the capacitive one that HTC and Apple are working on. This time we’re dealing with an improvised solution, coming from South Korea: snack sausages from CJ Corporation, that are electrostatically compatible with the iPhone’s capacitive touchscreen. 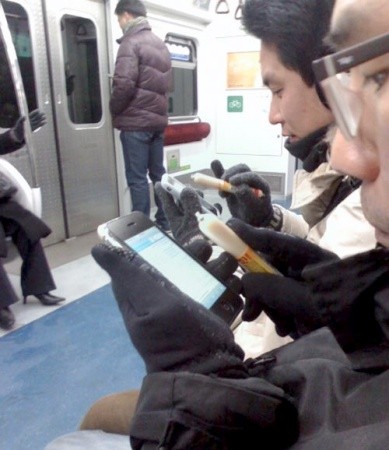 People use this “meat stylus” solution to avoid removing their gloves in the cold winter in Japan. Quite an original idea and something to think about for scientists working on the next generation of stylus.