Home Kyocera Kyocera Shows Up A Bendable Display That Can Be Used In Three... 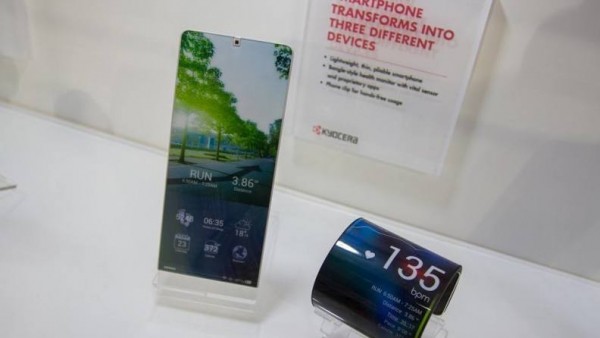 If LG and Samsung released last year on the market two devices with curved display, more precisely the LG G Flex, and the Samsung Galaxy Round, this year it seems that the technology available is giving manufacturers the possibility to create something even more interesting, a bendable display that can be used in three ways.

This new panel is the creation of the Japanese company Kyocera and is named Proteus. Unlike the products from LG and Samsung that are coming with bendable panels but with glass protection on-top, the Kyocera Proteus display can make phone overall flexibility to bend.

We get to know the fact that this display can be used as a normal one into a slim candybar device, like a wearable device or three, in the fold mode that allows the phone to use a clip on the handle of a bicycle. Before it can go into mass-production, Kyocera still needs to solve some problems that will show up during test time.