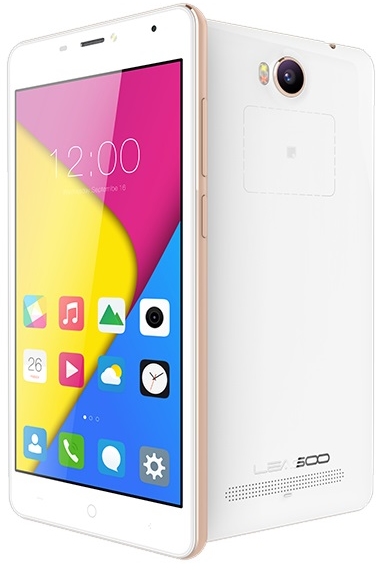 Beside the Elite 8 smartphone, Leagoo also announced another device called Alfa 2 that is pictured down below. The phone in case brings mid-range specs and a pretty interesting feature that involves a touch sensor built-in the rear panel, so we can do certain tasks by touching the back of the device.

This phone offers a 13-megapixel rear camera with dual-tone LED flash and a 5-megapixel front-facing sensor that is enough for selfie captures. Other specs are represented by the 8 GB internal memory, and by the 2600 mAh battery found here. Leagoo Alfa 2 runs Android 5.1 Lollipop and will go on sale in four different color variations: blue, marble white, gold champagne and brilliant pink.