Although at first we heard that Lenovo’s cool Lephone Android handset was only meant for the Chinese market, it seems that the phone will be available internationally starting with the second half of 2010. We remind you that the device was showcased at CES 2010. 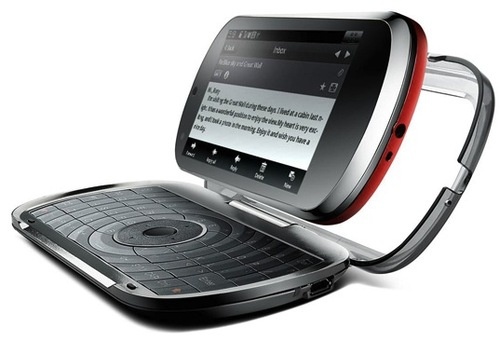 We also expect to see it at MWC 2010, with its cool 3.7 inch touchscreen (480 x 800 pixels), its touchpad and special docking station. The main selling point of this handset is its detachable QWERTY keyboard, but the device also supports 3G connectivity, WiFi and Bluetooth.

There’s also a GPS on board, as well as two cameras, a 3 megapixel one for photos/videos and a VGA one for videoconferencing. Running the Android OS is a Qualcomm Snapdragon CPU, ensuring that the device is pretty snappy. Looking forward to the release of this device in Europe and the US, maybe with a reasonable price.